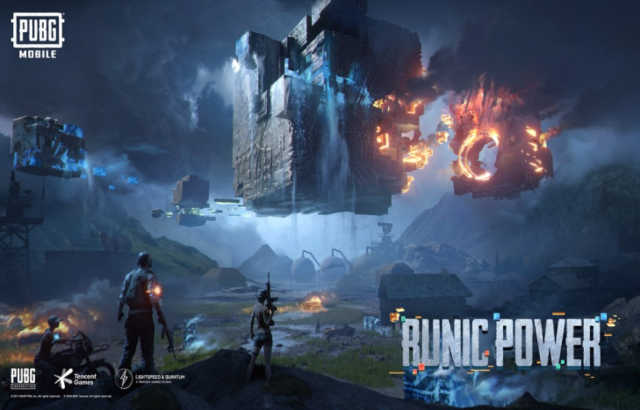 In the new Runic Power Theme Gameplay, players can queue for a unique version of Erangel, where they will have the choice between one of three rune energies. After selecting their rune, each player will be granted a summon and a boost skill, which both can be consumed to provide strategic advantages on the battlefield. All rune skills can be reobtained by looting Erangel’s vast terrain. Similarly, runes can be experienced in PUBG MOBILE’s Cheer Park, where players can complete daily rune missions to earn fresh rewards.

In addition to the new features in Classic Mode, PUBG MOBILE’s ongoing collaboration with popular first-person shooter Metro Exodus intensifies today with a fresh chapter. In the new Metro Royale: Honor chapter, players can obtain Honor by defeating enemies and collecting in-game items, which both increase Honor levels. Honor can be accumulated to unlock special voice packs, outfits and other permanent rewards.