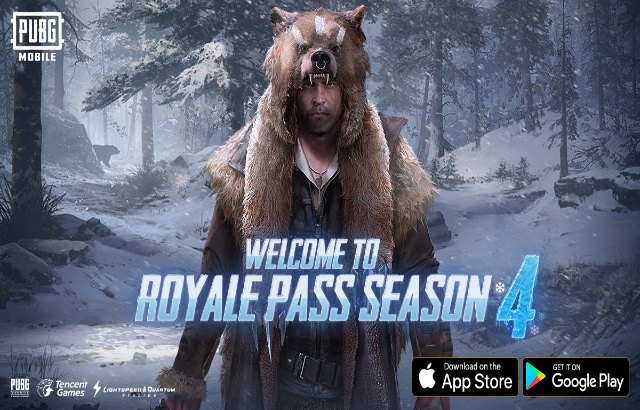 The latest update for PUBG MOBILE introduces a number of new weapons, an all-new Scooter vehicle, dynamic weather in the Sanhok map and the highly-anticipated Royal Pass Season 4, which includes all kinds of rare outfits, new hairstyles and more. The update goes live today on the App Store and Google Play.

The most important update will be Royale Pass Season 4. With royale pass, players complete daily and weekly missions to earn points and increase their rank. Players can complete a certain number of missions every week will win additional crates and currency. The Royale Pass Season 4 delivers all new details, including:

To check out the Royale Pass Season 4 introduction, please click the video: https://www.youtube.com/watch?v=a3mNldsK2Ug&feature=youtu.be

Gaming awards season is nearly here, and PUBG MOBILE is already making waves. PUBG MOBILE recently captured Mobile Game of the Year from the Golden Joystick Awards and a nomination from Google Play as a Fan Favorite, and will look to continue its momentum in December during The Game Awards 2018. The game has been nominated for Best Mobile Game.

Fan voting is underway, with the winners being announced globally online on Thursday, Dec. 6 at 5:30 p.m. PST.