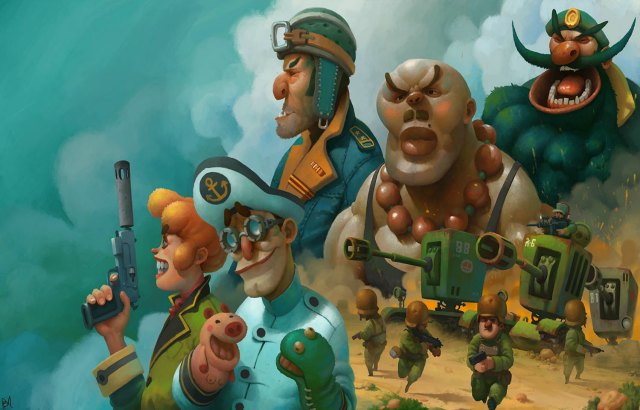 Independent video game developer, Nuked Cockroach, today announced that its free-to-play action shooter, Veterans Online, is available now on Steam. For the occasion, the developer is running a Twitch streamer campaign to support SOS Village d’Enfants Siliana and SOS Villages d’Enfants Tunisie children’s charities. During the stream today at 10pm BST/2 pm PDT, 16+ local content creators from Tunis will be simultaneously playing the game and successfully completing challenges for which Nuked Cockroach will be topping up the charity pool.

Veterans Online is an online multiplayer shooter that thrusts players into a theatre of 5v5 warfare as soldiers rain down hell on the battlefield with guns galore. Teamwork and an arsenal of techniques such as a well-placed mine or a perfectly tossed grenade (among many other lethal options at their disposal) will be key in outsmarting the opposition. Featuring three game modes, this twin-stick shooter requires players to use rapid reflexes and sharpshooting, alongside co-operative team play to climb up the online leaderboard for the title of Ultimate Veteran. Characters are fully customizable with a selection of skins, taunts, tags, and mounts, so all contenders can show off at the gun show!

Veterans Online launches with Twitch integration on daily missions, whereby players can choose whether to play & stream or watch a streamer perform missions, to earn in-game currency which can be used to buy upgrades for their characters. Missions are designed so that even smaller streamers can benefit, as each mission guarantees a fair distribution of viewers for everyone.

“With its dynamic gameplay, customizable characters, and new Twitch integration, Veterans Online is a modern-day revamp of the action games we grew up with that we’re sure everyone will enjoy,” said Mostafa Dhaouadi, Creative Director from Nuked Cockroach. “As we improve the game with the help of our amazing fan base, we look forward to players enjoying the game at its full potential.”

For more information and regular updates follow Veterans Online on: