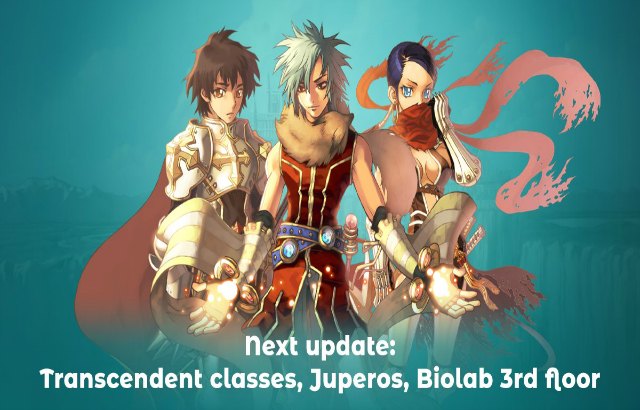 This week, arguably biggest update for Ragnarok Online has been released, the Rebirth brings the whole new level of gameplay, raising the maximum Job level up to 70 and allowing characters to transcend into the advanced versions of their classes, obtain new skills, items and appearance.

With the new bar set for characters’ progression, the Transcendent class Race is now open: the first player to reach the 99/70 after Rebirth will get the unique Crown named after his character and significant refinement bonus for his weapon and armor, the first player to get 99/70 level in his Transcendent class will receive a Crown of Glory and the refinement bonus as well.

Two high-level dungeons have been also added: the mysterious ruins of Juperos, filled with the robotic remembrances of the ancient civilization and the 3rd floor of the dismal Bio Laboratory, where the most horrific creatures of the Rekenber Corp lurking in the shadows.

With this update players also received party bonus, boosting the gained experience depending on the number of party members up to 133% for a party of 12 members.

With the update release players will get 25% XP bonus for this weekend from 20 to 23 of March.