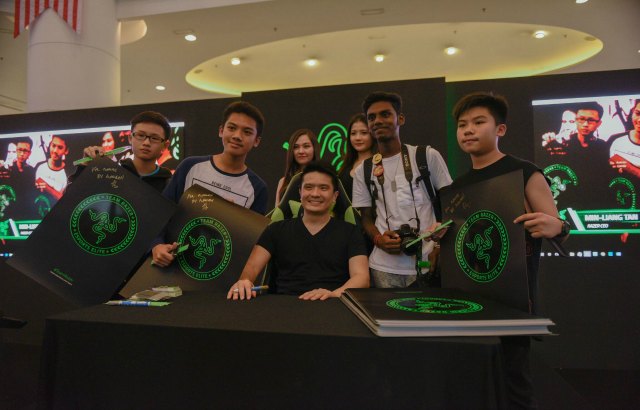 Razer hosted a two day event in Kuala Lumpur, Malaysia, to officially launch zGold-MOLPoints. This strategic partnership between Razer and MOL aims to provide gamers in the region with a unified virtual currency that can be used across a wide variety of popular games in the region. The event itself was graced by Razer’s CEO and Co-Founder Ming-Lian Tan, who was on hand to meet fans and spearhead the launch.

zGold-MOLPoints is an online micropayment system developed and operated by MOL. This partnership givers loyal Razer fans and online gamers access to over 2, 500 game titles from the MOL network. Popular MMO games such as World of Tanks by Wargaming and Twin Saga from Aeria Games are part of the MOL network. This means that players in the region will no longer need to make direct purchases with localized currency. zGold-MOLPoints can not only be used for in-game microtransactions, but for actual game purchases as well. Therefore, this partnership makes it the most widely distributed virtual credit system for gamers in Southeast Asia.

Why You Should Care

Why does it matter? It matters because the region has never had this level of connectivity and convenience offered through a single digital currency. Gamers can now use one currency across the many games that they play. zGold-MOLPoints can be purchased at over 1 million physical, online and mobile channels, making it easy to obtain. In addition, it complements Razer’s other virtual currency, the zGold, which is used for transactions in the zVault.

“Our ultimate vision is to provide a unified virtual credits system for gamers and our partnership with MOL is helping us achieve that.” -Min-Liang Tan, Co-Founder & CEO of Razer

It’s not just the connectivity and ease of use that’s attractive. Razer’s digital currency ecosystem is known for rewarding players who stick with it. Through purchase and expenditure of zGold, players earn a second currency called zSilver. The latter can be exchanged for discounts on the Razer Store, among other benefits. Perhaps in the future we’ll see a similar reward and incentive system for zGold-MOLPoints as well.

To learn more about the zGold-MOLPoints partnership, check out the official post here.