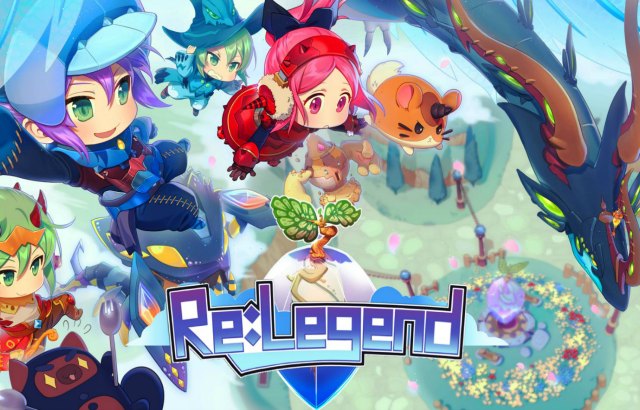 Re:Legend, the cooperative multiplayer JRPG adventure widely acclaimed and published under the Steam Early Access program, announces a huge free update to be made public on 20th December 2019. The new content will strongly enhance the gaming experience, introducing a series of changes discussed with the wide and fervid community which has grown around the game.

Players will be offered the Desert, a “fresh” new biome with its wide range of Magnus to be discovered and trained, and – to balance with the colder weather of the boreal hemisphere! – a new Christmas-themed island, as well populated with special creatures. Including for the first time the Legendary Magnus, this update will also deploy a breed of Magnus designed in cooperation with the top backers of the Kickstarter campaign that made the game so successful.

Thanks to the huge work made on the quest system and in the expansion of the quest line, players will be able to enter in a more immersive adventure, and will now have access to a solid multiplayer experience. The new multiplayer system will be extensively tested prior to the release of this juicy update, through an opt-in open beta window, accessible from December the 6th to all the players who will sign in and choose the proper beta branch through Steam.

WHAT IS RE:LEGEND? Set in the world of Ethia, players awake as a legendary hero, washed ashore on Vokka Island with no memories. Players must revive their hero and find ways to remember the forgotten past. By learning how to survive – cultivating the land, breeding and catching fish, befriending inhabitants, expanding the village, crafting weaponry and training for combat, among all the available activities – players will increase the chances of taming and raising the Magnus, magical creatures that populate this wondrous world. With a Magnus on their side, the adventurer will be able to venture across the land, facing threatening challenges, finding even more powerful Magnus and eventually regain lost memories.

Re:Legend  is available on Steam for PC at the special price of £15.49 while in Early Access.