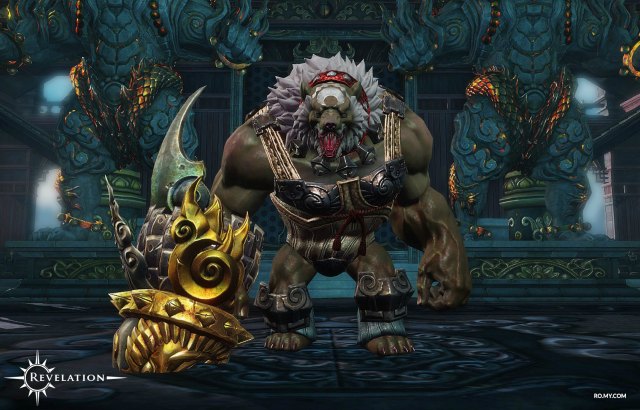 Adventurers playing on different servers of the award-winning MMORPG, Revelation Online, will soon be able to meet in the thick of battle for the very first time. Global publisher My.com and developer NetEase proudly announce its “First Contact” update will be soon making its way to Nuanor.

The cross-server feature of the update allows players the opportunity to partake in ruthless arena battles and battlegrounds side by side with players from their server as well as a cross-server auction house that is accessible to all. “First Contact” will further add a full implementation of the French and German languages which allows players from those regions to enjoy the game in their native languages. My.com will open up a brand-new server, open to all, so players can forge new friendships, create new bonds, and perhaps even spark a few competitive rivalries!

Players can expect to rival each other through the cross-server features in the following game modes:

1v1/3v3/5v5 Arenas: Brawl for bragging rights in 3vs3 or last-man-standing arenas and be well rewarded with fame and powerful equipment that will aid you in further cross-server battles.

10v10 Darkwood Vale: Players must choose from a series of tasks, monsters to kill, or a combination of the two to win. The arena zone is divided into two fields, one for each team. Each field has a series of Darkwood Arena Bosses that help out each team in unique ways. Both teams have a base, and each of the two fields has four bosses. Slay the opponents’ bosses to earn points, but keep your own bosses safe!

Guild Tournament: These feature both ground and aerial combat and guild leaders will need employ every ounce of tactical skill and player management to claim victory over their enemies. Should players already have a grudge with rival guilds, the Guild vs Guild tournament will serve as the perfect staging ground for enacting revenge or holding brutal grudge matches.