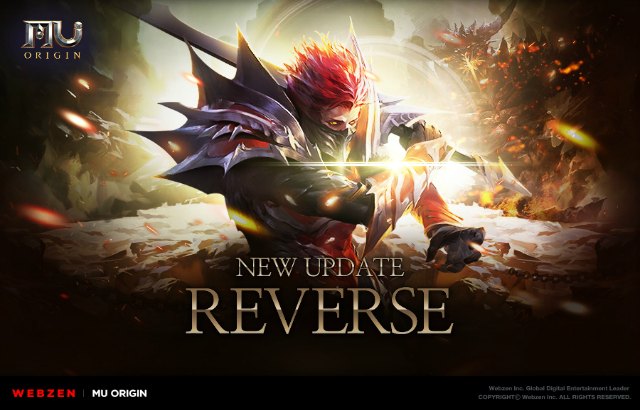 Webzen has launched the latest 7.0 update of its real-time mobile MMORPG MU Origin.

This new update to MU Origin brings the new Reverse maps, Clan system, Clan Arena, Secret Ruins and more. Reverse maps are accessible upon completion of the quest [Ancient Legend(1)]. Players can access the Reverse maps through [Character > Reverse > Dark Land] or [Map > All Server > Dark Land (Reverse)]. Reverse level, EXP, equipment, and buffs that are active only in Reverse maps are applied in Reverse maps and are totally independent from the original character level. Reverse items are categorized into three Tiers: Tier 1 Blood Angel, Tier 2 Brave Angel, and Tier 3 Storm Angel and will only be available in the Reverse maps. Players will automatically receive a Tier 1 Rare equipment upon activating Reverse.

This newest patch also adds a new social feature along with a Clan system. Players can invite their friends to their clan or join a new clan which can have up to 5 members including one Clan Master and 4 Clan members. Along with the Clan system, Clan Arena, a new 5 vs 5 Clan battle, will have Clans fighting each other daily from 18:00 to 24:00.

Players who succeed in becoming the best Clan in Clan Arena will then be able to participate in Clan Assault, an all server event, where the top 64 Clans of the Clan Arena will be given the rights to participate in Clan Assault on the 9th day of every month from 2:00 pm to 04:00 pm. All members of the Clan who places in 1st place will then be given the special title “King of Glory”.

A new Ritual, ‘Ritual of Lava’ has been added to the game. Ritual is an event for the players that have joined the Corps to receive rewards by completing quests during the event period, starting on April 29 at 00:00.