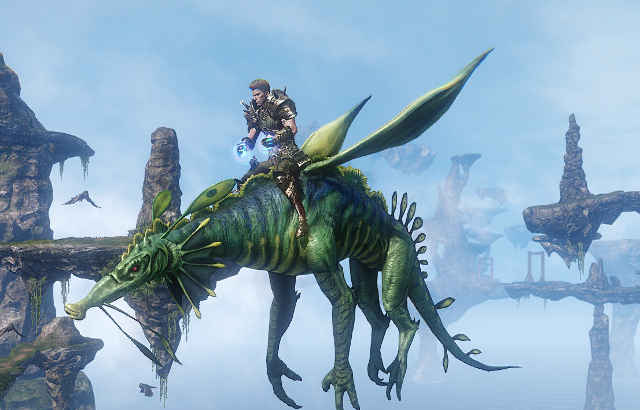 Riders of Icarus Sandstorm is the new expansion from WeMade to their MMORPG, Riders of Icarus. The full patch notes for the the update has been uploaded by Nexon to the official website.

The most important additions are listed here while the full patch notes are available here.

The game will have a new Field Raid boss. When you will reach the Terminus Dunes area you will encounter the giant boss Sandstorm. That is where the name Riders Of Icarus Sandstorm comes from.

This boss is much more difficult than previous Field Raid bosses. The team behind the game recommend that players be at last level 50 before attempting it and suggest that up to 40 players will be needed to bring down the boss.

The update has carried with him Stygaea, a new PvP zone. This zone is a server vs server location where all users from the same server are allies.

This mode is restricted to level 40 and above players. Players can find this new zone to the west of the Exharhn Badlands cemetery.

The update will feature A new dungeon named Ellora’s Spire. This new dungeon is exclusively single player for level 50 or above players.

The new dungeon has 30 floors with a boss for each floor. Players will only be able to access Ellora’s Spire once per day and players have a limit of 40 minutes to complete their attempt.

Nexon has confirmed that a ranking board will determine how players will rank in accordance to their score.

This new addition to the game allows players to find party members from any server. Hence, players can join parties with anyone before delving into any multiplayer dungeon in the game. Therefore, the new system should allow players to find groups faster