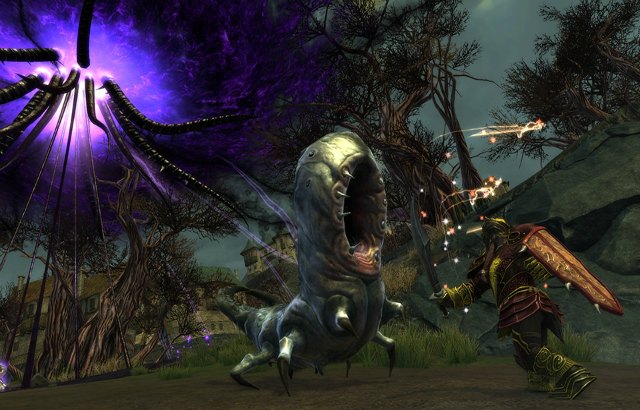 Last week I shared many glowing positives about RIFT’s new fresh start progression server, and what it’s doing right that makes it fun to jump in and play again. This week, the negatives are starting to show especially the closer I got to level cap. Majority of my source of disappointment comes from the game’s Class Soul system. The whole unique selling point of the game’s classes is that they can be customized and utilized in a variety of ways to suit your play style.

Unfortunately at level cap, this isn’t the case. Each of the game’s four classes – Mage, Warrior, Cleric and Rogue – can do just about everything via equipping the appropriate souls. Tanking, healing DPS and support. While leveling to the cap, you will definitely queue for as many PUG dungeon runs as possible as the XP gains on the Prime server are slow. And jumping into the different forms of group content like dungeons and Warfronts for PvP will help you get decent XP. It is in those leveling PvE dungeons that players fall into a false sense of class security, thinking that a certain build is acceptable and viable later on.

This is where I was wrong. Class balance gets horribly one sided at levels 40 onward, especially in late game dungeons where the end game community expects you to be playing a ‘cookie cutter’ build. In addition, Mages are so OP right now that if you play anything other than one for roles such as DPS, you are shunted and condemned because you aren’t able to match their numbers. How on earth did it get to this, Trion? RIFT takes pride in its unique soul system, but at end game people only play one or two that the community has deemed the best and the most optimal for end game.

While unfortunate for the casual player who participate in PUG runs, this won’t be everyone’s experience especially if you’re in a guild. You are more than likely safe to play what you want to play, although one suspects that even in guilds, the class meta of the Prime server will still ring true. Most players will have rolled and level one of the OP classes, and others will be shoe-horned into running the conventional or what’s expected of them. So Warriors just stick to tanking, while Clerics stick to tanking and healing. Forget what you want to do DPS-wise, because you’ll never be as a good as a Mage.

Based on that experience, it’s fair to say that Trion Worlds is having a hard time balancing the classes on the Prime server at the moment. There have been buffs and nerfs to several of these classes since the server launch, and it’s clearly an on-going process. What does the studio need to do to keep players on it? Is balance one of them? I sure hope so. Because of how slow progression is on Prime, there is no chance that I’ll be re-rolling my character just to restart as one of the OP ones for the sake of being conventional at the end-game.