Rock Out With Korn on AdventureQuest 3D

Rock Out With Korn on AdventureQuest 3D 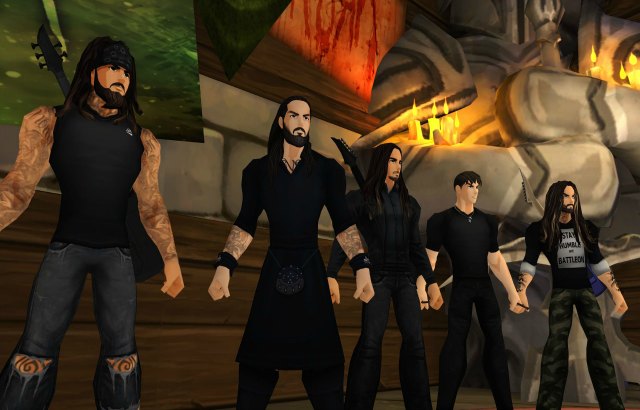 AdventureQuest 3D and AQ Worlds have a very rocking collaboration event coming soon to their multi-platform MMORPG. They have announced this past week that there will be an in-game event and concert with the band Korn – great band by the way. Developers Artix Entertainment has partnered with the band and their avatar versions will be in-game and rocking away. Beginning on August 20th, arena floors will be flooded with KORN-inspired monsters which are choreographed to the songs. Players will battle back-to-back for survival, glory & epic loot.

The player’s goal is to defeat monsters & boss monsters before the end of the song to earn a treasure chest full of loot. There are also quests and items that drop from monsters. AdventureQuest 3D added new heavy metal emotes to be used in the event. In AdventureQuest Worlds, players can combine items to create the Heavy Metal Necromancer Class. KORN superfans will have the option to purchase VIP and Backstage Passes to the in-game event, unlocking additional limited-time items and, of course, posing for a selfie with the virtual band.

The in-game event will be taking place simultaneously in both AdventureQuest 3D and AQWorlds. Players will be able to battle brutal and gruesome monsters, some of which are inspired by the artwork of past albums such as Issues with headbanging fervor. While in the all-out mosh-fest, players will be able to listen to iconic songs from the genre-defining band as well as “You’ll Never Find Me” from their forthcoming album, THE NOTHING. How about that for a mashup.