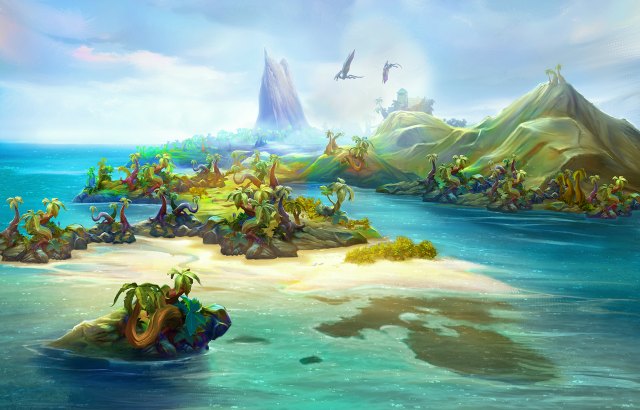 RuneScape and Jurassic dinosaurs sound good doesn’t it? Well Jagex has confirmed that the long running MMORPG will be getting a new land mass this July, filled with dinosaurs of course.

Pulled from the ancient past by the recently revealed antagonist Kerapac, the new environment of Anachronia – The Land Out of Time – sees players arrive on the dino-inhabited island to try and track the dragonkin as he continues working on his mysterious and nefarious plan.

Available for RuneScape members, the island’s ancient shores and deadly jungles will be accessible to new, current and returning players alike. Adventurers looking to follow the storyline over future updates require just three skills (Mining, Smithing, and Divination) to be level 50 or above, along with the completion of two quests: The Needle Skips and You Are It.

Promising a host of new and exciting places to explore, along with new skilling activities, more information about The Land Out of Time will be released throughout June towards launch.