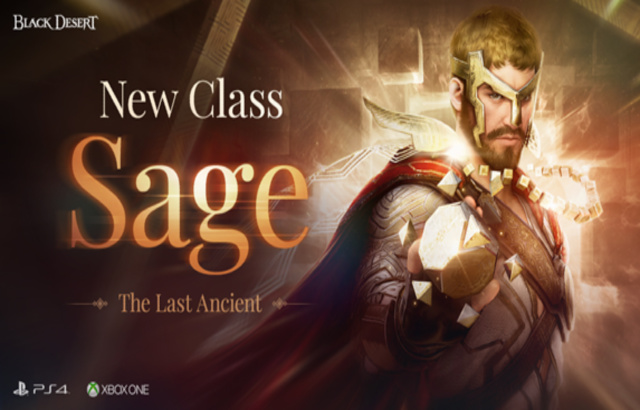 Today, Pearl Abyss announced that the new Sage class is available to the Black Desert Console, with special events also coming to the world of Black Desert to celebrate.

Meet Sage! The time has come! After sealing himself away for the past 49 years, the new Sage class awakens in Black Desert Console! Sage is a caster-type class, the master of space and time who can manipulate both to bring destruction to his foes. Wielding the cube-shaped ancient weapon Kyve, Sage can open rifts in space to summon powerful magic forces and unleash them for major damage.

Abilities – from his past of researching astrology and ancient weapons, Sage possesses unprecedented skills and abilities:

Lore – Sage, a scholarly denizen of an ancient civilization, was the first person to discover the Black Spirit as it hurtled through space toward the earth. To prepare and protect the world, Sage built an ancient weapon research facility: Atoraxxion. With 49 years until the Black Spirit comet crashed to earth, Sage sealed himself away to face the force in his prime. From Sage’s scholarly research, he has secret knowledge granting him access to the ancient Hystria Ruins and Aakman Temple without the required entry items.

Huge rewards are waiting for Adventurers who play Sage on consoles:

For more information on Sage and Black Desert’s special Easter events on PC and Console please visit the official website.