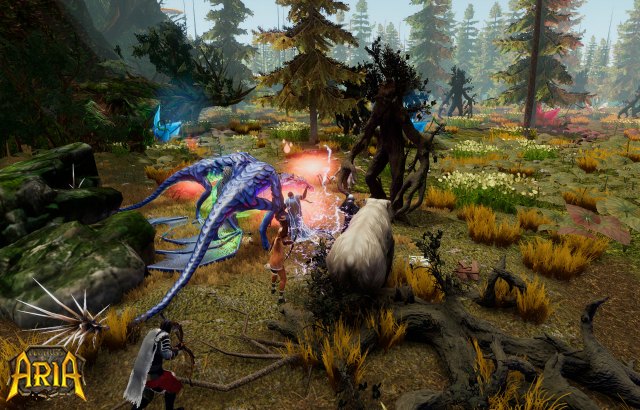 Sandbox MMORPG Legends of Aria has confirmed that it will be launching on Steam. The release date is set for August 6th 2019. Legends of Aria is a living breathing world defined and shaped by its player community. It is a world of dangers where bonds are forged – and broken – by players writing their own stories.

The team at Citadel Studios has been hard at work responding to player feedback, and have crafted a version of Aria that is able to be enjoyed by those who wish to live the quiet life and those who want to go rogue and hunt down their fellow adventurers. Much of the game world is now safe from the harsh life of open PVP, but lawless regions still exist – and in those areas, anything goes. You might uncover untold treasures out there, but are you willing to take the risk?

“Not only have we added a new playable skillset in the Bard and a whole new armor and weapon enchanting system to make the crafters in our community even more important, but we’re making the world of Aria a much friendlier place to live,” said Derek Brinkmann, CEO. “We’re ecstatic to finally be launching Legends of Aria on Steam after so much hard work and love were poured into the game. We cannot wait for MMO players of all sorts to join us on our journey.”

The Early Access Steam launch of Legends of Aria is coming with a host of new content and game updates, including:

Players can sign up for news updates by visiting the Legends of Aria site or by purchasing the game HERE.