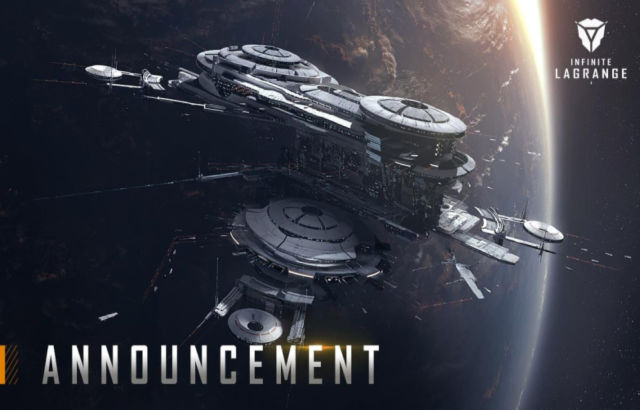 NetEase Games announces the release of its Sci-fi grand space simulation game Infinite Lagrange for both mobile devices and PC in Europe on April 21st, 2021. In the game, players can truly immerse themselves in large-scale space battles and explore the endless depths of the universe in stunning movie-like 3D graphics on their mobile devices and PCs. Pre-registration is already possible via  App Store or Google Play. The game will be available in more regions later this year.


Infinite Lagrange is set in a future, in which scientists discovered a time-space singularity known as a Lagrange Node. These singularities allowed for the construction of star gates spanning across countless galaxies and the creation of the Lagrange Network. In the following years humanity expanded rapidly and aggressively, which led to the rise and fall of countless civilizations and empires. Eventually the Lagrange Network fell victim to the wars being waged in the universe and it was shattered into pieces.

The players embark on their adventure with nothing more than a small ship and only being able to build a little base. With the help of certain skills and hard work they expand it by adding new construction options. Upgrading and adding more facilities let the station grow and become increasingly powerful. Space stations can also be moved to wherever the support they provide is needed.


Infinite Lagrange provides various types of spaceships with realistic industrial designs. Players can choose from a myriad of ships, each with their own weapon and armor systems, and customize them to their liking with specific modifications. Research will unlock new technologies and even new ship blueprints, giving players even more strategic options. By progressing further into the game, this allows countless powerful or highly specialized vessels.

In Infinite Lagrange, players can build invincible fleets of thousands of spaceships. The humble beginning might be its own small fleet consisting of three ships. By finding friends and allies and with the help of unions (guilds) giant amounts of vessels can be mustered. Combining all these fleets multiplies the military strength to wage huge battles and even take down whole cities. Forging larger alliances can even bring the mightiest bases down.

Infinite Lagrange is scheduled to launch on April 21, 2021 in Europe on mobile devices and PC. Click the link to App Store or Google Play to pre-register. The game will be available for more regions later this year.