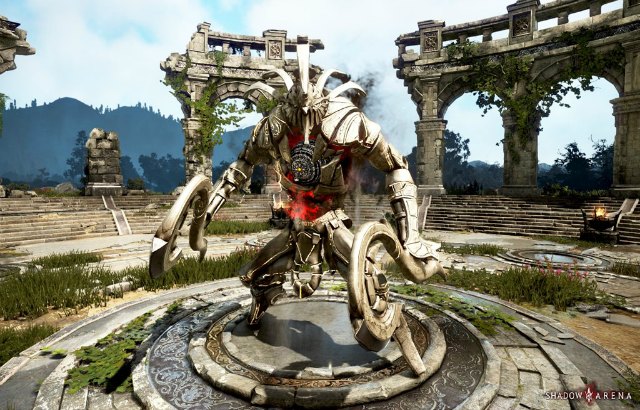 Pearl Abyss has announced that its hero action battle royale game Shadow Arena unveiled a new matching system and helpful tips for beginners. Shadow Arena has been adding new content every week based on constant user feedback to improve the game since it entered Early Access in May.

A new matching system has been introduced to Shadow Arena for beginners. With the new rules, beginners will now be matched against those with similar levels. Players are also encouraged to learn about various content that is currently offered in Shadow Arena to adapt to the game more quickly.

The Ancient Altar is a special location where players can acquire a variety of buffs or items. There are a total of six Ancient Altars within the battlefield, offering players a buff upon defeating a Shadow Lord. They can activate these altars after destroying the Artifacts that are there.

Ancient Weapons Laytenn and Puturum are powerful creatures that players will have a small chance of summoning when they activate an Ancient Altar or combine two Ancient Weapon Fragments. They can ride Laytenn or Puturum until its health is completely depleted, but its health will gradually decrease even if players are not under attack.

Players who defeat monsters will also have a small chance of receiving an item called Red Dragon’s Offering. When they use this item, a Red Dragon will fly towards the players and launch a fire attack using Red Dragon’s Breath, causing great damage to Heroes caught in the flames.

A Jump Gate is a special feature that allows players to transform into a Black Spirit and quickly move across the map. There are five Jump Gates randomly created in the field that players can access up to four times per match. It is important to plan strategically as the gates have a long cooldown once they are used.

Last but not least, a Suspicious Cauldron is an object that will appear for the first 10 minutes of each game. Nearby monsters will gather around the Suspicious Cauldron, allowing players to defeat a great number of monsters in a short amount of time.