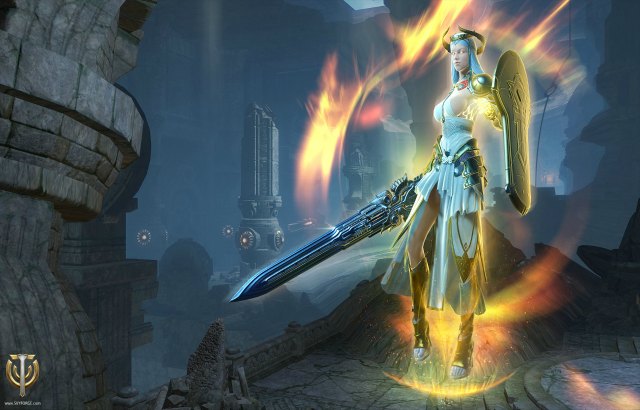 The next-generation of home consoles is here, and you can now experience Skyforge on PlayStation 5 and Xbox Series X|S thanks to full backwards compatibility!

The enhanced processing power of Sony and Microsoft’s latest consoles makes jumping into the world of Aelion faster and easier than ever. Average loading times are significantly reduced, with Skyforge loading up to 150% faster on Xbox Series X and PlayStation 5 compared to Xbox One S and PlayStation 4 (speeds may vary).

With cross-generational play, existing players can carry progress over from PlayStation 4 or Xbox One to PlayStation 5 or Xbox Series X|S respectively. Just log in with the PSN or Xbox Live account you used on your older system, and your character, items, and progression will all be ready to follow you into the future of console gaming.

Even if you’ve never played Skyforge before, there’s never been a better time to get started! There are hundreds of hours of exciting content to explore, plus regular free updates and Invasions on the horizon (the next one is landing on December 3).

Skyforge is now available to download for free from the PlayStation Store or Microsoft Store (an Xbox Live Gold subscription is required for online play on Xbox).