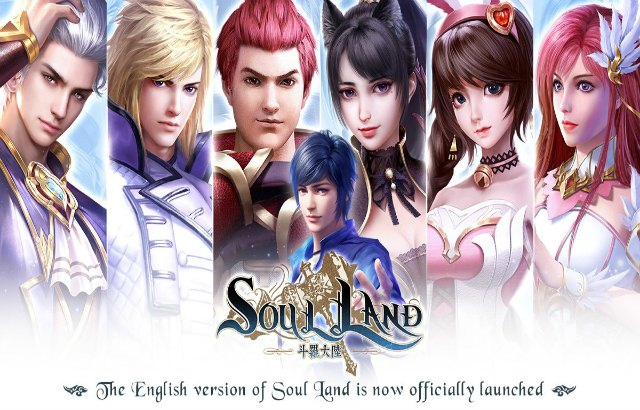 Soul Land is a mobile game based on one of the best-selling Chinese novel series of the same name. Today, the English version of Soul Land has been released on App Store and Google Play. In a world where everyone uses warsouls to fight, players will act as magisters to awaken different warsouls and arrange them wisely to build the best team.
As a novel loved by over 100 million readers, Soul Land built a fantasy world. In this world, everyone has the potential to awaken a special ability called “Warsoul” at the age of six. The warsouls can be in various forms such as beast, plants or tools. Those who have awakened a warsoul will then become a Magister. Warsouls don’t come with any skills. The magisters must hunt beasts to acquire auras that can bestow warsoul skills. One aura grants one skill. The power of a skill is determined by the year of the aura. As depicted in the original Soul Land novel, there are 8 different types of warsouls at the beginning of the story. Players will start as a novice magister and strive for ascending to the peak of the world.
According to the novel, different magister’s schools were established to study the power of warsouls. Among all these schools, the Shroud Lyceum is one of the best that recruits only the truly talented ones. At the beginning of the game, players will be enrolled by Shroud Lyceum. They will learn how utilize warsouls, hunt beasts, upgrade warsouls and build a party that can gain an upper hand in battles. Each player can awaken 5 warsouls and each warsoul can unlock up to 10 skills. Therefore, finding the best suiting one out of over 100,000 combinations could be a tough task!
Soul Land is featured with not only the  100% original battle mechanics, but also a heart-touching story that depicts the precious friendship and love between the characters.
The English version of Soul Land is now available on both Google Play and App Store. Download now to awaken your first warsoul and explore the mystic land!
Download on App Store: https: //bit.ly/2Qq0XBM
Download on Google Play: https://bit.ly/398Z4Ca
Official Facebook page: https://www.facebook.com/SoulLand.M
0 Share
Share Tweet
Topics: MMO MMORPG Soul Land