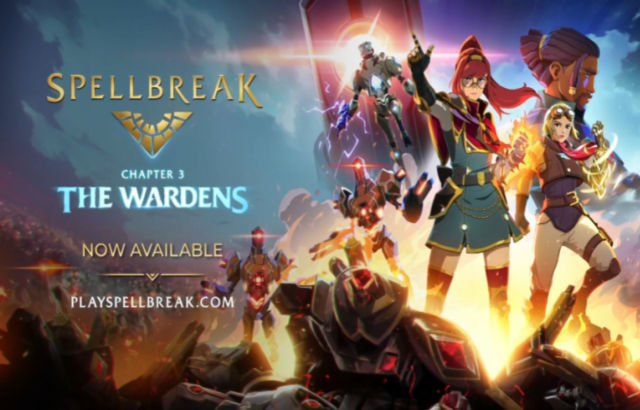 “We designed Chapter 3’s movement updates to take combat and gameplay to the next level,” said Seth Sivak, CEO of Proletariat. “The improvements in this release are a culmination of all we have learned since Spellbreak’s launch last year, and we look forward to seeing the reactions of players to the exciting narrative presented in this chapter.”

This update comes with a collection of quality of life changes for all players, whether they are interested in fast, dynamic gameplay or the continued world-building of Spellbreak’s lore. Dominion maps have been updated to provide more environmental variety and to take advantage of the newly enhanced movement changes that will provide a fresh combat experience for players. The release also features a new suite of graphics settings for colorblind players, including pre-made palettes and adjustable colors for various UI elements.

Spellbreak Chapter 3: The Wardens continues the story laid out in previous Chapters, calling on players to take on an invasion of merciless automatons. Discover their origin, purpose, and how to overcome them by completing free quests—now unlocked as you play rather than through weekly quest gates.