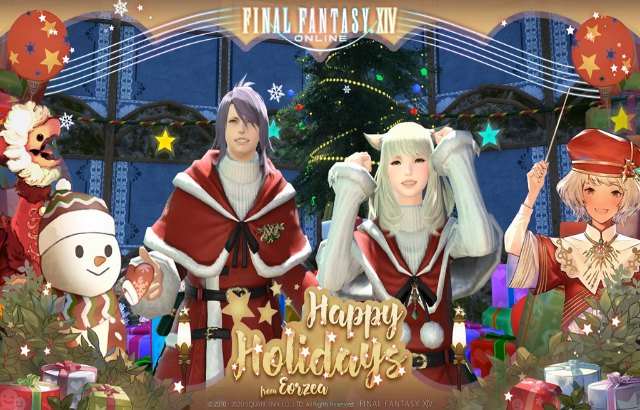 President of Square Enix Yosuke Matsude has published a 2021 New Year’s Greetings Letter, and it contains plenty of information about what’s to come from the company. Here’s the full letter below:

2020 was a year of unprecedented challenges, defined by COVID-19 and how it greatly affected the way we live and work. As the virus spread in the months following the pandemic’s onset, major cities across the globe began going into lockdown, with Japan ultimately declaring a state of emergency in April. The entertainment sector was hit hard as large-scale events were canceled and amusement facilities saw significant drops in traffic. Yet while it put a strain on business operations, 2020 also served to offer hope and excitement with the launch of both the PlayStation 5 and the Xbox Series X—the release of these next generation consoles providing us with a first-hand glimpse of how digital entertainment has evolved and what it holds for the future.

While new consoles and their improved hardware capabilities are almost certain to provide the public with an array of enticing game experiences, we can also look forward to the continued evolution of these consoles’ platform services, including Sony Interactive Entertainment’s PS Now and Microsoft’s Xbox Game Pass and Project xCloud—this evolution only gaining speed as the eras of 5G and cloud gaming approach. However, existing first-party companies will not be the only entities making their move into this arena, as tech giants Amazon, Google, and Tencent endeavor to strengthen their position in digital entertainment with platform services of their own.

As cloud technologies and 5G continue their race into the mainstream, new and existing platform providers vie to gain the inside track. In this age of competitiveness, the key to victory will be content. Whether a platform succeeds will rely on whether or not it can deliver a sufficient amount of exciting, appealing content to its customers. As such, efforts to secure that content will grow heated, and we can most likely expect a rise in the frequency of mergers and acquisitions as a direct result. This most likely will not only occur between platform providers and publishers/developers, but between publishers and developers, as well. Inversely, we have also seen entertainment content evolve into its own platform upon building a large enough user base. As user bases grow, so does the desire for cross-platform compatibility, resulting is massive communities spanning multiple systems. And as cloud technology becomes ever more prominent, we expect the number of these cases to rise even further.

And so we head toward an age in which a variety of different players all vie for supremacy in the world of the games business—all of them seeking the one thing that will see them the victor: content—for content is king. Content is also the measure by which value is defined, and it is by our continued commitment to the envisioning, development, and provision of that content that we further solidify our place as a valued entertainment company.

That commitment continues with active investments in groups and individuals involved in content creation. Last December we implemented a work-from-home program for employees of Square Enix Holdings, Square Enix Japan (Square Enix Co., Ltd.), and Luminous Productions with the understanding that a flexible, diverse work environment would prove an important catalyst in accelerating the expansion and growth of our business. And because we deemed the work-from-home program an effective method of achieving this end, we elected to make it a permanent employment fixture, rather than simply a temporary measure to see us through the COVID-19 pandemic. Moving forward, we envision this flexible, diverse work environment as crucial in its ability to secure us a diverse workforce into which we can further invest. And while there are still many issues surrounding the current work-from-home system that must be addressed, we aim to overcome them in our pursuit to forge a workplace and talent portfolio for the new era.

Finally, as advancements in AI continue, we fast approach a world in which AI not only automates content, but creates it as well, making it all the more important to reinforce the human role of creativity and diverse perspectives in content development. Only by committing to new means of value creation, bolstering our organizational resilience, and preparing an environment where people with unique perspectives can work together in harmony to establish a portfolio rich in high-quality, compelling and entertaining content, will we be certain to achieve our corporate goals.