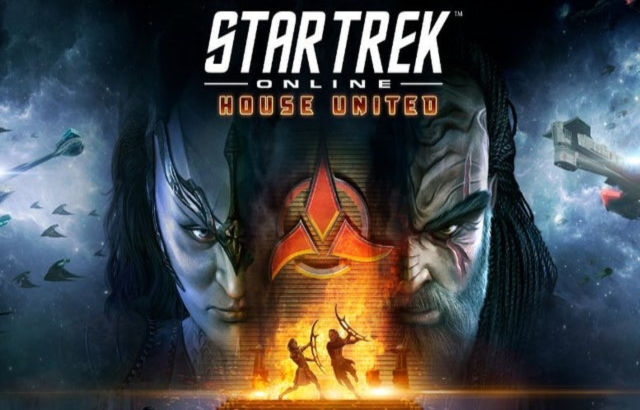 Bat’leths at the ready for Star Trek Online’s newest season, House United, now available for free on PlayStation®4 and Xbox One. Starting today, console players can log into the free-to-play MMORPG based on the Star Trek universe and experience the long-awaited finale of the Klingon Civil War. The game’s newest season features some of Star Trek’s most epic Klingon warriors, including Star Trek: Discovery’s L’Rell (voiced by Mary Chieffo), Aakar (Robert O’Reilly from Star Trek: The Next Generation) and General Martok (J.G Hertzler from Deep Space: Nine), as well as Adet’Pa (Rekha Sharma from Star Trek: Discovery). With the release of today’s update, console players can also explore three new patrols, participate in a brand new Task Force Operation and earn exclusive rewards by completing tasks in a Special Event. House United is also available for free on Arc Games, Epic Games and Steam.

Star Trek Online is a free-to-play massively multiplayer online game that allows players to explore the Star Trek universe from within. Players can forge their own destiny as Captain of a Federation starship, champion the Empire through the far reaches of the galaxy as a Klingon Warrior, rebuild the Romulan legacy as the commander of a Romulan Republic Warbird or carry out daring missions on behalf of the Dominion as a Jem’Hadar soldier. Captains can also explore iconic locations from the Star Trek universe, make contact with new alien species and battle alongside other players in customizable starships. Star Trek Online is currently available on PC, PlayStation®4 and Xbox One.