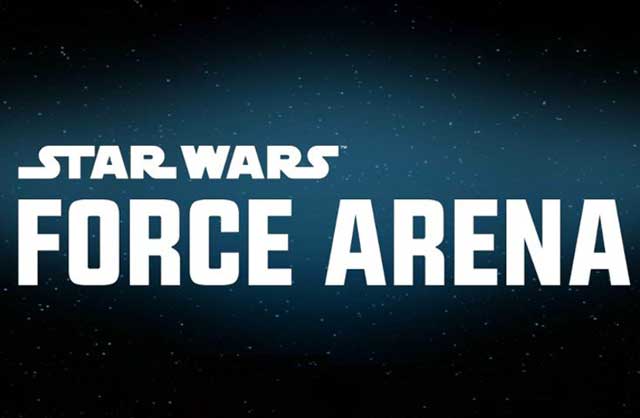 The G-Star convention is well-known for it’s gaming announcements, especially ones relating to MMO games and this year saw the announcement of quite a few updates for a range of MMO’s. Among the news about updates, developer Netmarble announced a new Star Wars MOBA which is exclusive to mobile devices.

Star Wars: Force Arena seems to be the renamed Star Wars Battleground which was soft-launched earlier this month in Singapore and Australia. There has been no comment on if the game will be re-released for those two regions but the developer is certainly keen to have a larger launch for the game now.

Interested gamers are being actively encouraged to pre-register for the game with special rewards; there are three milestones for the number of pre-registations and once they have been reached, a greater reward is unlocked for all pre-registered users

The pre-registation reward is a special crystal and the purpose of them hasn’t been announced just yet but screenshots suggest that it’s a form of in-game currency; it’s uncertain if this is the premium currency however.

Android users can gain more rewards with an additional 10,000 bonus credits; the website states that more rewards are available but these are not detailed on the website or on the Google Play Store page. Anyone with an iOS device can also pre-register for the upcoming Star Wars MOBA however, there are no additional rewards beyond the in-game currency.

The soft-launched version of the game allows players to battle in Sith vs Jedi based PvP battles; players who control one side will only battle players using the other and with over 60 Star Wars characters to play with, there is plenty of customization and a variety of playstyles.

An official release date for Star Wars: Force Arena has not been provided just yet and developer Netmarble should reveal this very soon.