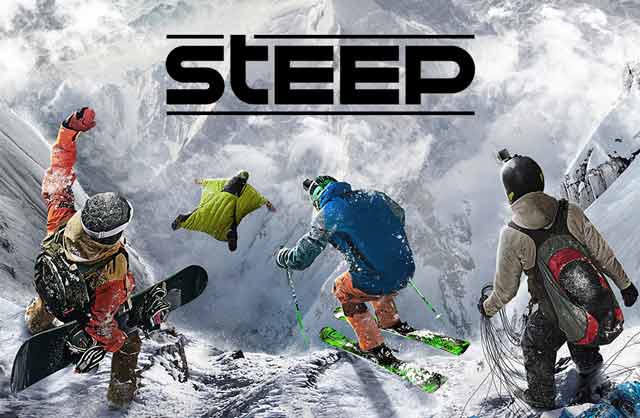 Steep is the upcoming extreme sports game set on a large open world mountain range in the Alps; the MMO sports game from Ubisoft has officially entered open beta for this weekend only where players will be able to explore a small portion of what the game will offer when it’s released next month.

Players will be able to visit three different areas on the map and Ubisoft has confirmed that this beta test will also include a large number of challenges for players to attempt; nine story-driven challenges will be spread across the three zones among with a variety of unique and interesting non-narrative related events. Anyone who completes all of the content during the beta will be rewarded with exclusive equipment for the full release in December.

The open beta is a large 19.5GB and requires an internet connection to play however, while this is a multiplayer based game all of the content can be played solo. Players can form parties of up to four members to race across the landscape together, compete in challenges and play through the different story missions.

Steep includes four different sport modes: Snowboarding, Skiing, Wingsuit and Paragliding. Each of them have challenges based around them which demand different levels of skill and allows for a variety of interesting content. The world itself can be explored with by walking or with any of the sports which can be changed at any time.

The Steep Open Beta began on the 18th and will be playable until the 21st on Monday; PC, Xbox One and PlayStation 4 users can all test the game through various platforms including uPlay and Steam.

Steep is currently due for release on December 2nd in several weeks time.