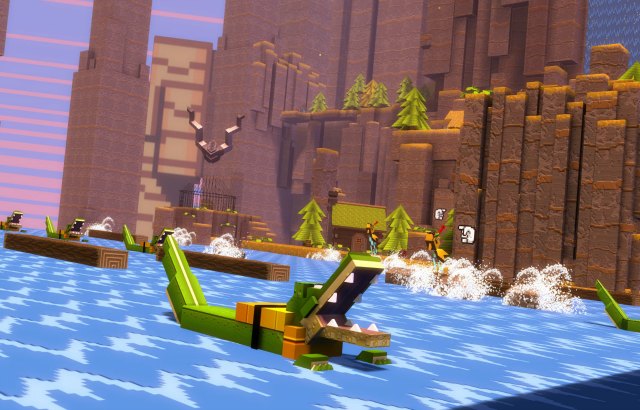 Guild Wars 2 fans, rejoice! ArenaNet has announced that its popular alternate reality style pixelated adventure known as Super Box Adventure, will return this month. The SAB will go live on March 29th, allowing players to re-join hordes of pixel Monkeys, Turtles and other critters in a land where everything goes.

If you’ve been hoarding up SAB coins and tokens, this is a great time to spend them on the rewards vendor. Players can pick up that fancy cloud glider, or a cool looking weapon skin of their choice. And don’t forget, there’s tons of achievements to collect in the SAB for achievement points as well!

Moreover, that’s not all that’s coming. PvP League Season 11 will begin on April 3 and end on May 29. For those of you that are of the competitive variety, the time for PvP action is here. For all this and more, check out the official post here.