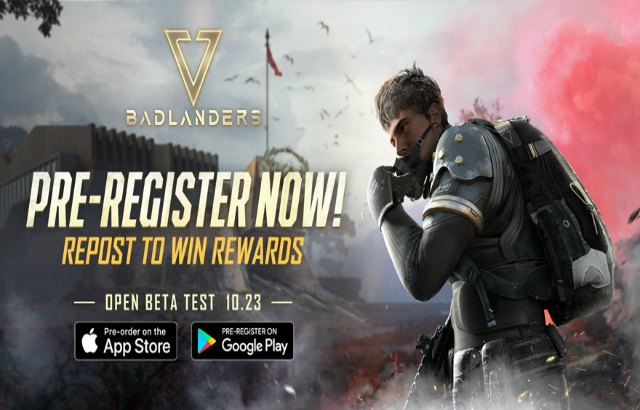 NetEase Games’ competitive survival looter shooter mobile- Badlanders is starting its OBT worldwide* today. Stepped up from the CBT, OBT will unlock new female characters with options of customization. Moreover, in-game Halloween activities will be coming to the world of Badlanders.

Follow Badlanders on social media and stay tuned for further updates of the game in your region.
Official Facebook Page: <https://www.facebook.com/BadlandersEN>
—
Since the opening of pre-registration on the 30th of September, Badlanders has reached over 5 million milestone worldwide. Starting from today, all players are able to log-in to the server between October 23rd and October 30th to claim their exclusive benefits.
All 4 tiers of benefits have been unlocked:
500 K Pre-Reg: Combat Pack (AK + three-level Armour) in Helmet (AK & LV. 3 Helmet)
1 Million Pre-Reg: Scope Pack set
3 Million Pre-Reg: 8888 in-game Cash & Exclusive Avatar: Warriors Assemble
5 Million Pre-Reg: Reaper T-shirt

Badlanders is a survival looter shooter mobile that allows players to collect and customize in-game items. The highlight of the main game mode is that players are able to self-build weapons according their favor and are free to trade loots they gathered from the battlefield.
—
*Noted that regions for OBT do not include Belgium, Taiwan, Vietnam and Mainland China, OBT in S. Korea will only be available on iOS.