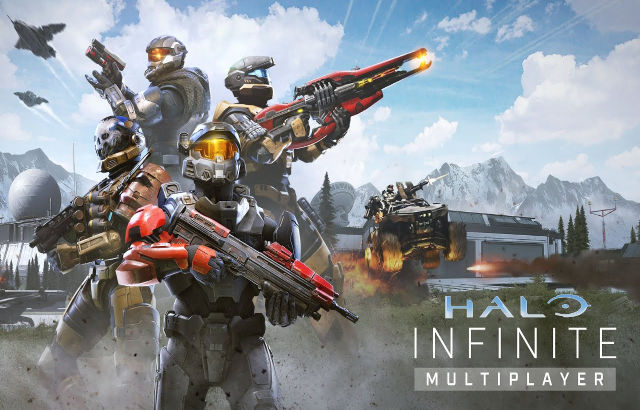 The second day of E3 2021 has wrapped, and so far we’ve had a great showing from Ubisoft, Xbox/Bethesda and Square Enix, among other great games announced throughout the virtual festival. Let’s take a look at some of the best online game announcements from the weekend.

Halo Infinite flexed more in-game footage with Master Chief getting a new AI companion and while that’s great, the announcecment that Halo Infinite’s multiplayer will be free to play for everyone was a bit of a welcome surprise. The accompanying trailer showed gameplay that we’ve all come to love, with classic weapons and vehicles making appearances, on top of new features like grappling – not just for parkour, but to steal weapons – and that’s pretty hot.

Who wanted an extreme sports MMO? No one I know, but Riders Republic from Ubisoft’s presentation on Day 1 actually looks exciting, and for outdoor thrill seekers, this might be the online game for you! Set entirely in a fictional park, you can level up your skills in several sports like biking, gliding, skates and more, but the best thing about it is the massive races, where a ton of people race on the same track with whatever they want, and it looks a beautiful mess.

When I first played Tribes of Midgard about a year and a half ago, I was pretty impressed, and at E3 2021, the game looks like the finished article finally. It’s a 10-player co-op action RPG in which you gather mats and grind for gear to power up your character during the day, and at night, you defend your viking fort from enemies where the Seed is located. It cannot be destroyed, or the session is over. Once every few days however, a giant will attack, and that’s considered the end-game, which requires the best gear and teamwork to defeat. Tribes of Midgard is a nifty game that’s definitely worth a look.

Sea of Thieves and Pirates of the Caribbean Collaboration

I got goosebumps seeing Captain Jack Sparrow and hearing Johnny Depp voice his iconic character in the Sea of Thieves presentation. The game will be getting a free content update this June that introduces fan-favorite characters like Jack Sparrow and Davy Jones from the Pirates of the Caribbean films to the game, for a unique and massive collaboration. A Pirate’s Life will of course contain unique story quests approved by the folks at Disney, so you won’t want to miss this.

Coming next summer is Arcane Studio’s Redfall. If you love L4D and Vampires, you may want to check this out. Following the same formula from the L4D franchise, Redfall sees a group of characters kicking butt in a Vampire infested town, and what’s cool is the use of magic here, and not just traditional guns.