The Best Of MMO 2019 Easter Events

The Best Of MMO 2019 Easter Events 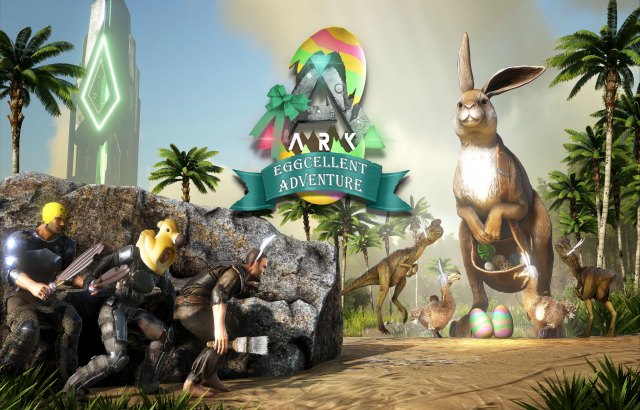 Easter is here, which means all our favorite MMOs should have an in-game event or celebration of some sort. Wondering which ones do right now? We’ve got you covered. Here’s a list of all the MMO Easter events going on right now. Doing them is another matter, but why wouldn’t you for free rewards? Happy Easter.

The Eggcellent Adventure has returned to ARK along with giant Bunnies! Today kicks off a two-week in-game event in ARK: Survival Evolved where special Easter Eggs will be scattered across all official ARK maps. This fourth annual event features all the festive items from prior years along with two new skins, the Marshmallow Dodo Hat and the Chocolate Bunny Club!

During the Easter season this year, players find themselves facing off in an action-packed Spring Race in ArcheAge. After selecting one of two daring vehicles they can navigate their way around traps to find the holy Daru Priests. Their goal is to receive the symbolic blessings of each Priest and celebrate their achievements by trading their Spring Race Tokens for various rewards.

In Aura Kingdom, players have the chance to win an Eidolon. Using special Easter coins, they can purchase Eidolon eggs from which endearing Eidolons can hatch. And the Community Managers are preparing various events where players will have to find bunnies and eggs all around Azuria!

Spring fever is back on BDO, and beginning today until April 24th, the game rewards everyone for simply playing. Hitting the 1 hour, 2 hour and 3 hour play time milestone gifts players items such as pet food, Cron Stones, Blessed Messages and more. Additionally, Combat and Skill EXP boosts are on for the weekend.

Running to the end of April, players will support different guilds taking part in the fete through side-quests and tasks to try and win a mysterious egg found in Gielinor by the Easter Bunny. They’ll also have the chance to gather fragments of crystallised chocolate eggs that when combined create a special reward. The event also allows players to donate RuneCoins that will be converted into a real-world donation to Jagex’s two chosen charities: The Prince’s Trust and CPSL Mind.

Last Chaos offers engaging events, in which players can go on an egg hunt throughout the lands of Iris and Ascadia. The different eggs offer valuable rewards or can be used to fulfill the Easter quest series.

Fiesta Online offers a special Kingdom Quest, in which players have to protect precious golden eggs from vicious monsters and collect Easter eggs which can be exchanged for exclusive rewards.

Echo of Soul and Trove

Even heroes need a break occasionally. In Echo of Soul – Kingdom, players can collect painted eggs and get great rewards in return. Until April 23rd players can attend colorful Mount Parades in Trove and gather bonus Mount Talismans.