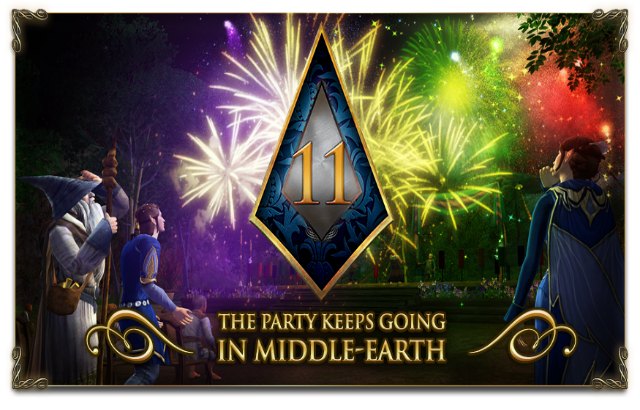 Celebrations for the 11th anniversary on The Lord of the Rings Online is already underway, with new rewards and goodies available for players to earn. The anniversary event will run until the 8th of May 2018. During this period, players can participate in a variety of activities across Middle Earth to stock up on Anniversary Tokens. These can then be spent at vendors found in Bree (near the Boar fountain).

For activities, last year’s Scavenger Hunt returns. The Scavenger Hunt features a series of objectives that will take players all over the game’s world to re-experience key moments in the epic saga. Completing these chronologically will be more rewarding, and offers some benefits such as tokens and more. However, do note that low level players may struggle with this as later objectives will require players to travel to higher level zones.

Besides that, the usual staple quests for tokens are also back. The envelope and fireworks quests are back, and can be farmed daily for tokens in addition to the Beer Bash in Thorin’s Hall. So what’s new with this year’s rewards? There’s a new Steed at the vendor, the Sea-Ward Steed which costs 40 Anniversary Tokens. You can also get the War Steed cosmetics for it, although it will be slightly expensive. In addition, a new cosmetic armor set is also available which is thematic to Mirkwood. The Waking Wood set costs 10 tokens for each piece.