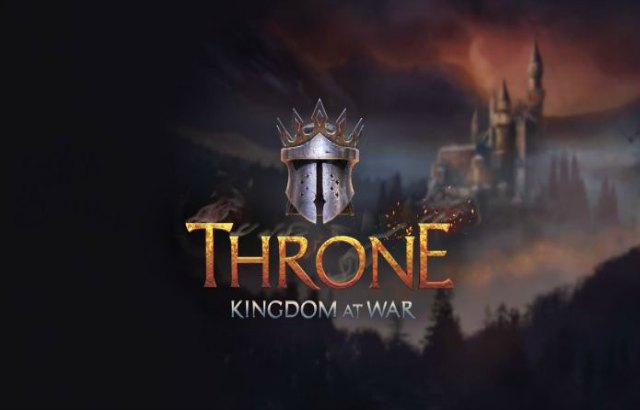 Plarium’s browser and mobile strategy game Throne: Kingdom At War is an addictive game. While it may have been out for some time now, the game still attracts plenty of players and the journey to being the top player or top Order is still attractive as ever. But if you’re just starting out, things may be somewhat confusing and overwhelming, which is why we’re putting together a series of guides, tips and tricks for new players. There’s plenty of strategy and depth in the game the longer you spend time within it, so here are some tips!

Once you’ve created an account and have jumped into the game, the first thing you’ll be doing is the tutorial. While it may be long, draggy and boring, pay attention. The tutorial teaches you the most basic of concepts early on, which is the building upgrading chain. Your town is made up of your palace, and a series of buildings ranging from resources production, military and more. An important concept to know is that to upgrade them to higher levels, they rely on having other related buildings to be upgraded first. For example, to upgrade your Walls to level 2, you need your Palace and Stone Quarry upgraded first. The tutorial teaches you many of these other important concepts therefore it should not be ignored or taken lightly.

#2 Be Careful About Who You Attack

Throne: Kingdom At War in its essence is a PvP game. The end-game is to got to war over other player’s kingdoms, armies and Orders to be the best there is. As a new player, you’re a long ways away from that. Once you get to a point where you’re confident in your army’s strength and town’s defenses you should start sending raiding parties out into neighboring cities to pillage or experience and resources. But who to attack? We’d recommend looking for abandoned towns first. Because it’s a free to play game, there are many players who will try the game and eventually abandon the game, leaving their cities ripe for the raid. Attack those first to gain some knowledge and experience on how the combat works. Be careful not to attack towns with the golden crown, which means the player is active and has a VIP boost active. You may just start a war you may regret.

Orders are basically guilds in the game. They function as a place to collectively group like-minded players. They are also great for sharing knowledge, resources and strategy in the mid-to-late game where large scale attacks against other players or Orders become the norm. As a new player, you should strive to find an Order that suits you, and learn from the high ranking players. They also can offer you protection in the event you are being attacked. Being in a large Order will deter and future isolated attacks against your kingdom.

The UI of Thrones may seem hard to navigate at first. Play around with it, and if you followed the tutorial closely, you should be acquainted with it already. The one thing you’ll notice constantly are the icons that continuously pop on screen, which are time-based rewards. Thrones rewards you for spending time playing the game, and you should be picking these up every time they become available. Make it a habit. These rewards range from XP, to several soldiers or units, and later on they become more valuable as it all adds up. Same applies to Tasks and Mission rewards. Do them as much as possible.

#5 Spend Money Only If You Want To

The free nature of the game is enticing to many. There is also the option to buy VIP and other benefits via the in-game cash shop. These offers a wide range of boosts and progression benefits for players that want to support the game. As a new player, you absolutely need to pro and con these benefits. Are you playing for the long term? Will you be playing for many hours a day? A lot of these paid benefits require you to maximize your time in-game to make use of them, so unless you absolutely know what you want to do or have a game-plan, spend money only where necessary.