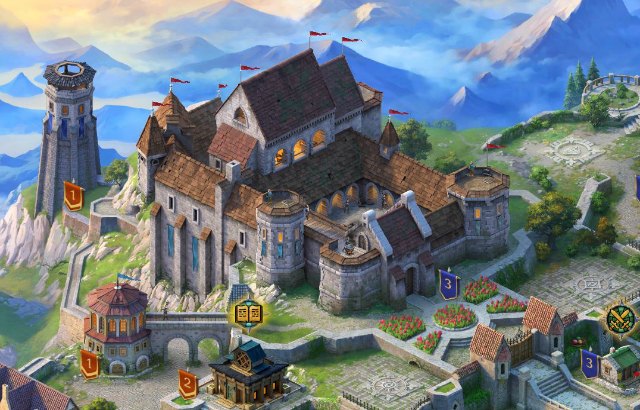 Having been so caught up in the MMORPG genre, sometimes I find it relaxing to jump into browser strategy games like Throne: Kingdom at War. Over the past month, we’ve been sharing our thoughts and tips for players, like this  beginner guide to Throne: Kingdom at War, which you should check out if you’re new. I wanted to re-visit my Kingdom at figure out if there’s any changes to what I think about the game a year after playing it. So let’s get this party started.

For those who’ve never played it, Throne: Kingdom at War puts you in the shoes of a medieval lord, and as ruler you must build your kingdom, raise armies, defend and attack other players and win the economy to be successful. You can access the game via Plarium’s website or download the app on your phones for both iOS and Android.

And right off the bat, I’m reminded why strategy games appeal to me. For new players, the most important thing about the game is to learn how everything works. You build resource buildings like mines and farms to get specific resources like stone and food for example. And these in return are used to either train soldiers to raise an army or further upgrade existing buildings. That’s the gist of the busy work, and another important concept is the passing of time. Most of what happens in-game requires real time to pass, like upgrading buildings or sending armies out to the world map to fight other player’s kingdoms or dormant camps to bring back resource. That’s a staple for browser strategy games, dating back all the way to Earth 2025, the first game I’ve played in this mold.

Having done this a few times now for Throne: Kingdom at War, my earliest impressions regarding how players start the game is the same. It’s very informative because of the tutorial, but it’s also incredibly tedious. The tutorial holds your hand, perhaps a little too much, in instructing you on what you should do, or what habits you as a new player needs to do. It will walk you through all the main concepts, and the thing I like least is the way it shoehorns you into the microtransactions to speed things up and get boosts to grow things faster.

The middle game is where the fun is at. That’s where you probably have gotten a decent sized army from training troops at your barracks, and are ready to fight on the world map. The last time I did this, I was in an Order/Guild, and that was half the fun right there. You play with other people, so there’s a social aspect to it, but the real fun comes when collectively, everyone is working and co-coordinating attacks and resources to achieve a common goal. It may be time consuming of course, because of traveling does take time, but at that point players are probably already hooked to the game.

There’s still much of Throne: Kingdom at War that I have yet to see and experience, especially the higher tier research functions and more. But my impressions hasn’t really changed all that much. The game still caters to a specific crowd, and those who enjoy a casual browser or mobile game where you can jump in to get some tasks or busy work done, and then go all out on the weekend for an attack, will definitely find some fun here.