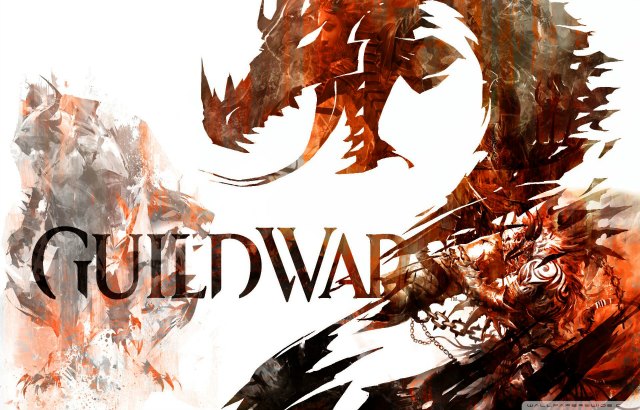 Guild Wars 2 is one of the better MMORPGs out on the market today. With a favorable free to play model that only makes you purchase expansions, players can play the entire base game up until level 80. That’s a lot of content to try the game before you buy it to unlock those pesky F2P restrictions, which itself isn’t all too bad considering alternatives. Therefore, if you’ve chosen to jump into Guild Wars 2, here’s a quick start new player guide for you.

One of the biggest changes players will feel when coming from other MMOs is the questing and PvE experience. As a new player coming out of your starter zone, you’ll obviously want to quest for XP. The thing is, Guild Wars 2 doesn’t offer the traditional questing experience. There isn’t a reliance to go speak to NPCs to ‘pick up’ quests, then return for rewards. In Tyria, there will be Tasks, or Gold Hearts found throughout every map. When you get close to one, the objectives are automatically added to your objective tracker and you can swap between them by moving between Tasks. Completing these are good for XP, Karma and coin, but don’t just do them religiously. The game also wants you to explore, take part in zone events and more. All of these activities gives you XP, so to be effective at leveling up, do all of them at your own leisure. 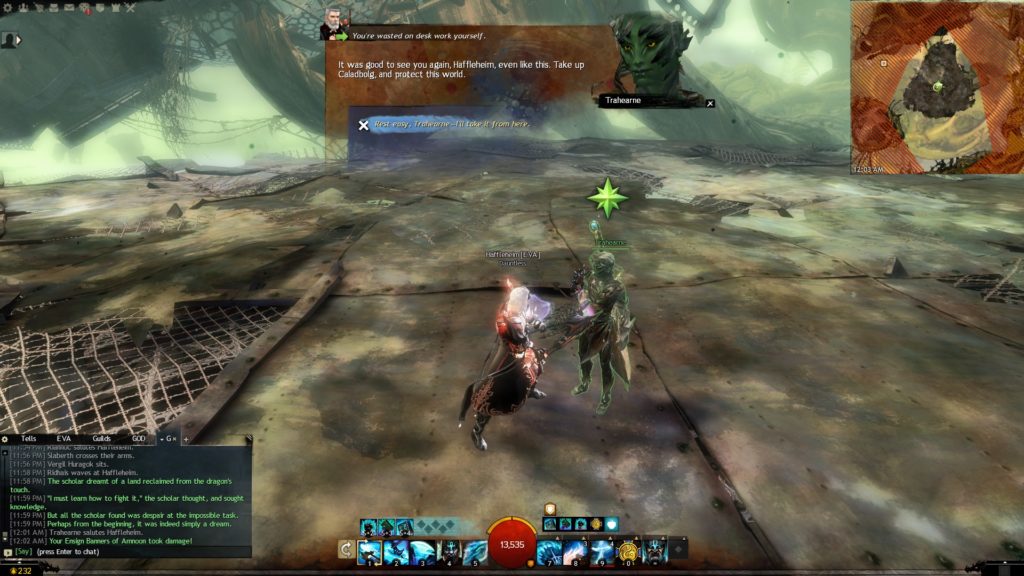 4. Join A Guild For The Benefits

It’s perfectly fine if you want to play the game solo. But joining a guild doesn’t necessarily force you to group. We recommend joining an active one anyway, because the game’s guild system will offer you some really good benefits if you’re new and leveling. Firstly, there’s the Guild Halls. You can port to your Guild’s hall from anywhere in the map for free, and within you can get benefits. For example, if the guild is a high level one with NPCs within the hall, head to the tavern.

Here, you can get free 10% XP boost potions for landscape PvE, World vs World PvP and sPvP as well. These lasts for 24 hours and did we mention it’s free? It’s a small boost but it all adds up if you’re a new player. Players can also harvest daily materials in Guild Halls. These are a good way to stock up on mats to craft or to sell. Additionally, be sure to hit the Y button and check out the Looking for Group tool. If you need help with landscape bosses, Hero Points and more, there will be Commanders advertising their groups on there regularly. Simple join one from the tool and have fun. 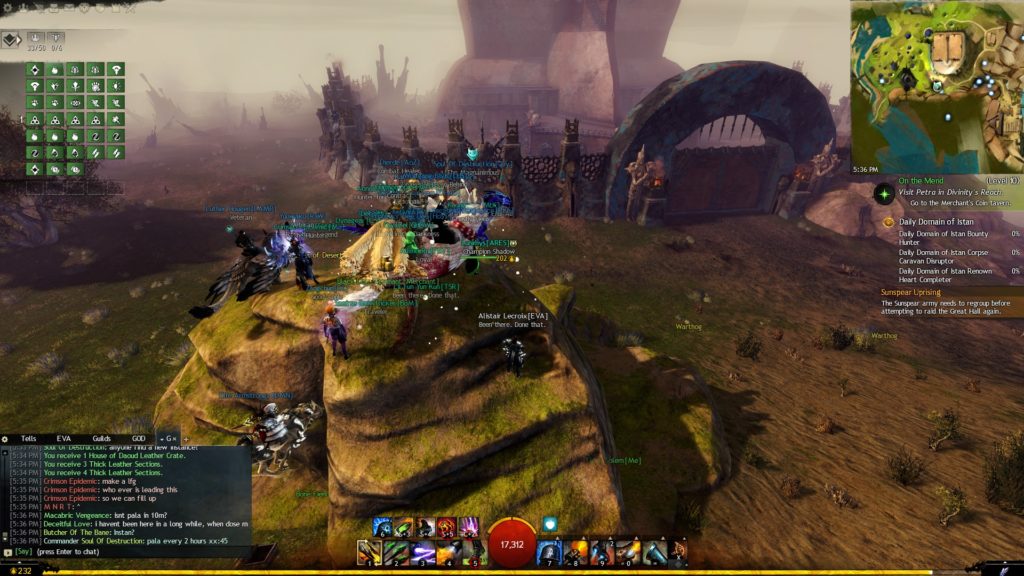 3. Making Gold And The Economy

A popular question from new players is, how to make gold quickly? There’s plenty of ways to make gold, but the speed at which you earn them is relative to how much time you spend doing something in-game. Firstly, gold is account-wide and shared among all your characters. So if you have multiple toons running Fractals each week, you’re bound to make a lot. Besides that, study the Auction House closely.

See what sells, especially crafting resources like Ores. Ores can be gathered on the landscape easily and because the node is instanced to you, you’re not fighting with other players in the area to farm them. Simply start gathering what you can and start selling them regularly. A good website to keep track of the AH economy is GW2 Efficiency, which can track useful things like sales and profits.  Alternatively, run the content a lot. Especially event and map meta trains that offers tons of loot bags. You can then deconstruct them for Gold and also sell them on the AH for Gold. 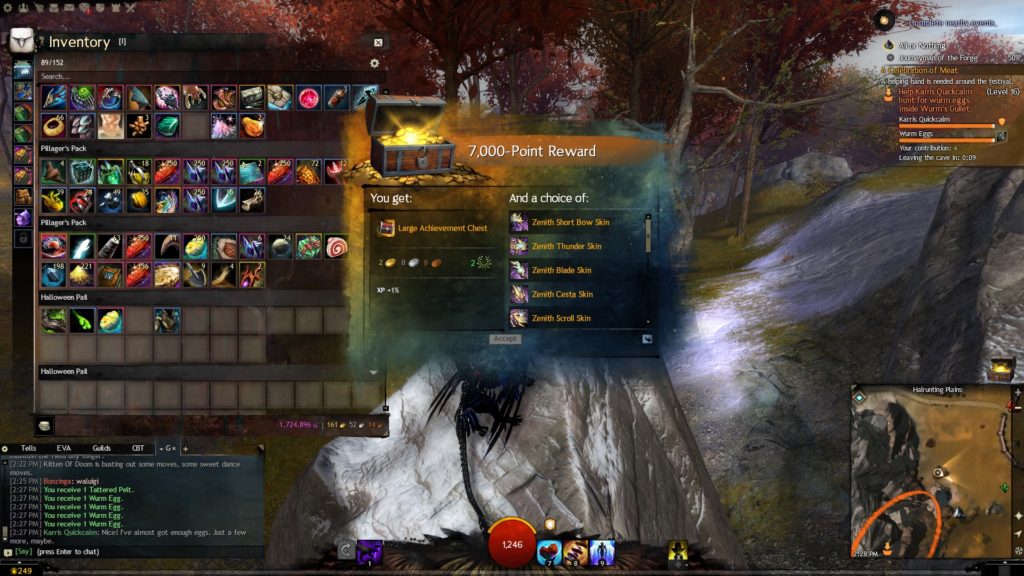 Another thing about Guild Wars 2 most people find odd is the grinds and gear treadmills. Simply put, you aren’t expected or required to grind a lot to play the game’s latest content. There are a few gear rarities to note, from White, Blue, Green, Yellow, Gold, Pink and then there’s Legendary. White to Gold comes easily if you’re just playing casually. And Gold gear – the Exotics – are more than enough to run even the hardest of boss fights, main story instances and more. This is due to Guild Wars 2 relying more on combat mechanics and player skill rather than gear outright which is great. The last two tiers are completely optional and while there are Achievements and metas for them, you do them at your own pace as the stat difference is marginally higher. They look great though, so if you’re a cosmetic hunter and want to look and wear the best stuff, be warned, these are long grinds especially Legendaries. Another plus about grinding a Legendary, is that you’ll never have to worry about its stats. You can change them at will outside of combat. 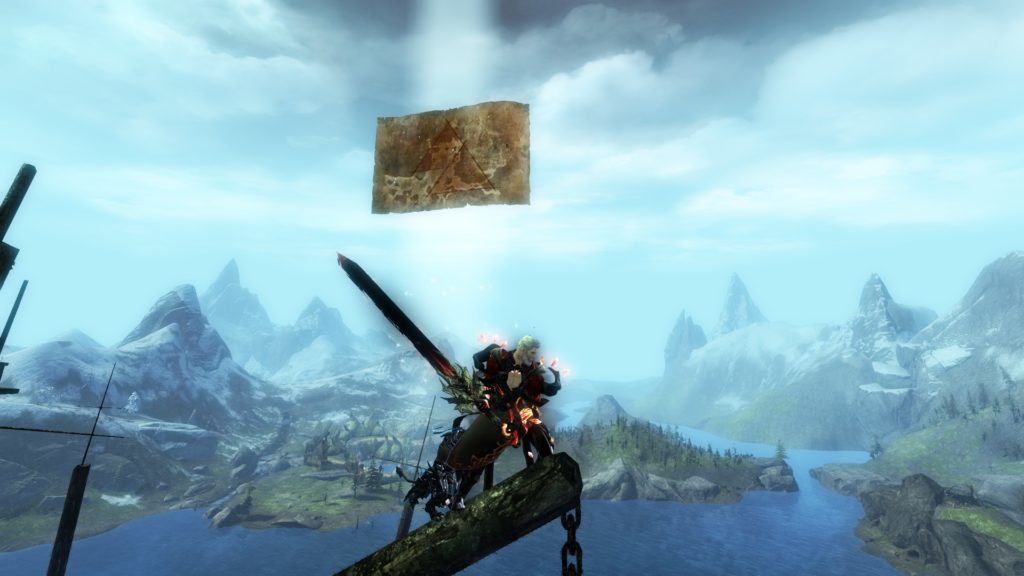 1. Learn To Dodge, Doing The Daily Tasks and Unlocking Mounts

Once you’ve grasped the basics of what Guild Wars 2 is about, here comes the nitty gritty. First of all, the art of combat and learning to dodge. Sounds rudimentary, but you will need to master this for future content. In the Heart of Thorns and Path of Fire expansions, the difficulty scales a lot harder than the vanilla content. As a result, expect to take a lot of hits from harder monsters. Learning to dodge attacks and counter break bars will be crucial here.

Secondly, is getting into the habit of finishing your Daily Achievements. These reset at 8PM EST daily. They give you 2 Gold, Spirit Shards and 10 Achievement Points. All of these are great for new players, especially Achievement Points. APs when accumulated to milestones, grants you account wide unlocks to more Gold Gain, XP Gain and other boosts to your account. It’s a great incentive to be an Achievement hunter.

And finally, if you only can make one expansion purchase, make it Path of Fire. The Mounts that you unlock will be extremely useful, and become game changers for you here on out. Each of the five mounts can help you get around faster, reach other wise hard places for content and more. 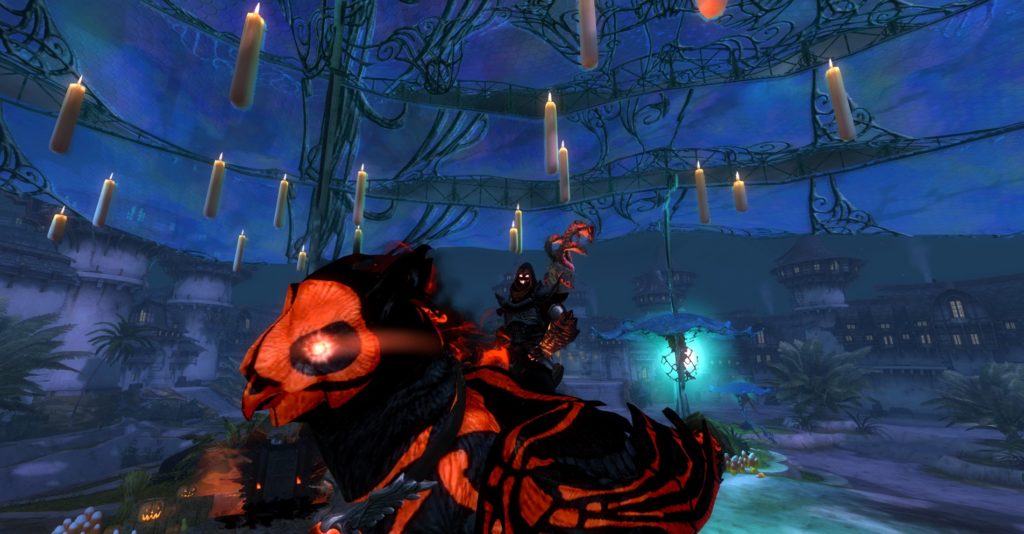