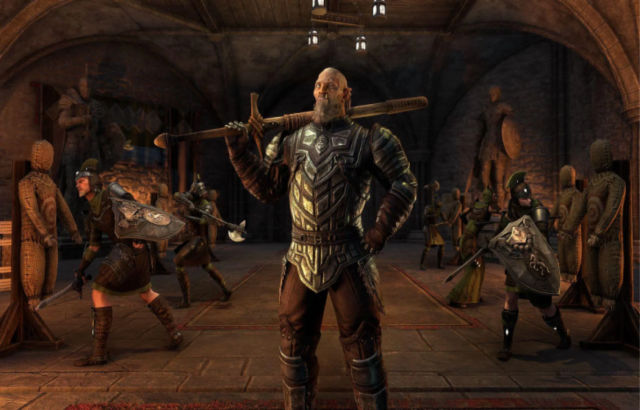 While Black Friday and Cyber Monday is now over, some of the MMORPG sales currently going on is not, and there’s still a day or two left to pick up some new and old titles and a discounted price. To help you get to the good stuff, here’s 5 suggestions below.

Let’s start with a couple of new releases on Steam that are already on sale, although not by very much. First up is Amazon’s New World MMO, which was released only a couple of months back. Both the standard and deluxe editions are 25% off on Steam until December 2nd. New World is not everyone, but folks who like a gritty open world MMO, with action combat and socially-driven PvE and PvP gameplay, just might like this. I’m still playing it, have been since launch, and some weeks I love it for all the group action in expeditions or large wars that I get, but other weeks I just don’t bother when there’s blatant exploits and bugs that just ruins the fun for everyone, especially when certain aspects of gameplay like settlement ownership for your faction is at stake. At that sale price, you could wait a little longer for it to drop in the future, since the game is still very new and the developers are still fixing things albeit slowly. It’s already gotten its first major update, but there are core issues that still exist.

Another new title is an indie, Kickstarter success story, and that’s Book of Travels. This is according to its description, a TMO, or tiny multiplayer online, where other players are few in your gameplay, but your paths will cross. It’s currently 10% off on Steam, until December 2nd, and I gotta admit, I’ll be picking this one up shortly. The game’s unique hand-drawn art style is gorgeous to look at, and I’m curious about its world, its emphasis on roleplay, and the reviews so far paint a promising picture. Players new to the genre might wanna check out the more traditional style of MMOs before diving into a niche like this.

Next is The Elder Scrolls Online. The standard edition with the Morrowind chapter aka expansion bundled in is currently 70% off on Steam until December 2nd. It’s silly to not recommend this at that price, because what the base game offers alone in content is pretty generous. You’ve got hours of fully voiced PvE quests, there’s two PvP game modes, group content, and so much more in ESO, you won’t even need to worry about the optional sub or all the DLCs yet. If you can stomach its polarizing combat system and style, then you’ve got a real gem here. ESO is probably my top pick for current best buy to play MMO.

And then there’s Black Desert Online, the quintessential Korean MMORPG experience. It is the most popular south Korean MMORPG on the market despite its age, because it ticks all the boxes for players who like great visuals, customization, flashy action combat, open world pvp, sandbox life skills, and the game is far from done when it comes to updates and new content. It’s a buy to play game, and it’s currently 90% off on Steam until the 2nd. That’s like two bucks for me, so yeah pretty cheap if you haven’t checked out BDO yet.

There’s also ArenaNet’s Guild Wars 2, which is free to play but the expansions aren’t, and that’s what’s currently on sale if you’re in NA, SA or EU. From now until the end of the year, you can grab the game’s 2nd expansion, Path of Fire on Amazon or other participating retailers, for 50% off, and it does come bundled in with the game’s 1st expansion, Heart of Thorns. That means, after you hit the free to play content cap which is the end of the vanilla story at level 80, you’ll have more maps, stories, raids and class specializations to play with, until of course, the new End of Dragons expansion comes out next year.