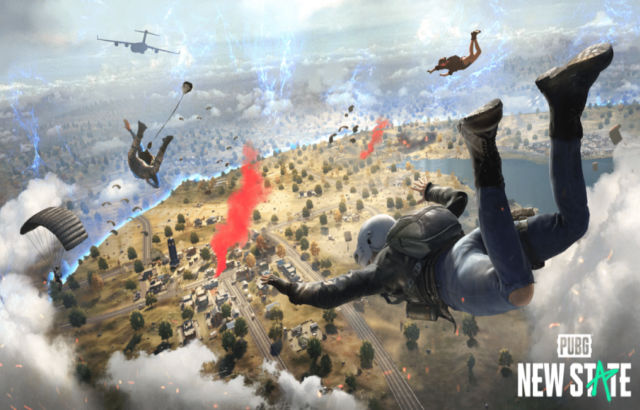 Krafton has announced that its January Update for PUBG: NEW STATE is now live on Android and iOS. With this update comes the release of the new BR: Extreme Mode, which limits the number of players in a match to 64 (versus the BR: Original mode which boasts 100 players) and limits each round to 20 minutes. Currently available on the game’s Troi map, BR: Extreme Mode is still firmly set in the battle royale genre, but is designed to get players into the action (and win Chicken Dinners) as quickly as possible for increased intensity each match.

The January Update also introduces the Rimac Nevera car in partnership with Bugatti Rimac, the new P90 weapon, new gun customization options, and more. See below for a full rundown of major features added to the game with the January Update. The full January Update Patch Notes are available HERE.  Otherwise, here are the top 5 things you need to know about this update.

A new experience developed and optimized for mobile play, each 20 minute round is limited to 64 players. In this mode, the battleground is restricted to a smaller playable area (4×4) within the Troi map, which will be chosen at random and change every match. All Survivors start off with a P1911 handgun, a smoke grenade, 300 Drone Credits and fully charged boost meters. When the match starts, two  Care Packages will be dropped at random locations, allowing players to stock up on higher-end gear earlier in a match. Some additional features included in this new battle royale experience are:

The January Update also kicks off PUBG: NEW STATE’s partnership with Bugatti Rimac as players can now hop into the world’s fastest-accelerating production car – the Rimac Nevera – and test drive it throughout the Troi map. A time-limited Rimac Crate has been introduced, which contains various exclusive in-game items, such as Rimac Nevera in five color variations, including Nevera Blue, Gunpowder Grey, Prism Glow, Sunburst Red and Luminous Gold.

Season 1, which has officially begun after a two-month pre-season, introduces eight new tiers – ranging from Bronze to Conqueror – that players can work through. As players progress through each tier, they will earn a variety of rewards including Chicken Medals and weapon skins. Survivor Pass Vol. 3 is also now available, which is centered around in-game character Ben Brown, who is part of the Great Lakes Coalition (GLC) faction. Players will be able to complete missions to earn diverse rewards and items whole exploring the lore of PUBG: NEW STATE.

This SMG, which will spawn in Care Packages on the battlegrounds, will come with a standard tier-2 transformative scope and suppressor attached, but cannot be modified with any other attachments. It uses 5.7mm ammo, which can now be purchased through the Drone Store.

With the new DP-28 Muzzle Slot, players can now attach a Flash Hider (AR/DMR) or a Compensator (AR/DMR) to the DP-28 weapon. When using either of these attachments, however, gun damage will be slightly reduced. Players can also now attach the Lightweight Stock to the Beryl M762 to reduce bullet spread when firing from the hip or shoulder while also increasing ADS speed. Weapon stability will take a hit when using this attachment.