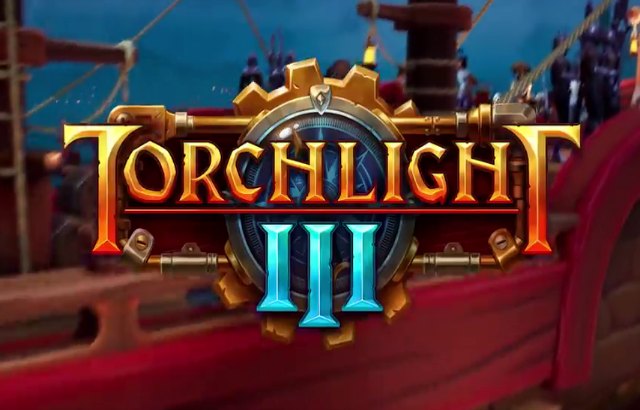 Torchlight III, the highly anticipated successor to the beloved Torchlight franchise, has entered Steam Early Access on PC. For the Early Access price of £23.79, every ARPG fan can now experience this fast-paced and light-hearted dungeon crawler that lets adventurers jump back into the Torchlight universe. Those who embark on this adventure experience the first two epic acts in Torchlight III, and take on a myriad of quests and boss battles across randomly-generated areas filled with over 100,000 powerful pieces of loot to find, including magic, rare and legendary items. Early Access players can also expect to enjoy even more content as it rolls out over the coming months.

Set in the same universe from Torchlight I & II, Torchlight III for Early Access features all of the franchise’s signature gameplay mechanics, including satisfying hack and slash combat, epic loot drops and a unique pet system that captured the hearts of ARPG fans around the world. The return of the iconic franchise also introduces new features, including fully customizable forts that allow adventurers to leave their personal mark on the world. Over the course of the game being in Early Access, additional features, game content, including a new act, and quality-of-life improvements will also be added via periodic updates.

In Torchlight III, it’s been a century since the events of Torchlight II, and the Ember Empire is in decline. Novastraia is again under threat of invasion against the Netherim and its allies. To defeat the Netherim threat, adventurers must choose to party up with three fellow adventurers via online cooperative multiplayer or venture alone to fight their way to find fame, glory and new adventures through a vibrant world filled with hordes of dangerous creatures waiting at every turn.

Torchlight III is the latest successor to the ARPG cult classics, Torchlight I and II, originally developed by Runic Games. This fast-paced dungeon crawler brings fans back to the beloved Torchlight universe to hack and slash their way through a brand new world filled with hordes of goblins, undead and other dangerous Netherim creatures. Adventurers can party up with friends or venture into the vast wilderness alone, where they will find loot, explore dungeons, collect epic gear and build their very own fort to show off to the world. Torchlight III features four unique hero classes (Dusk Mage, Forged, Railmaster and Sharpshooter), plus a myriad of new and familiar combat pets to help players fight their way to fame and glory.