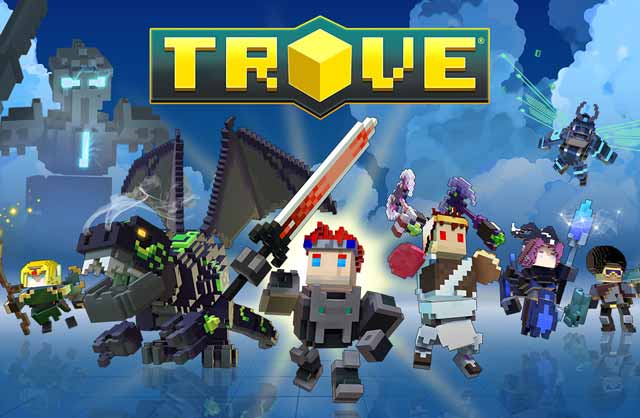 Trove was first released in 2015 for the PC and since then, the free to play MMO action game has kept a consistent playerbase and a variety of content updates have been released for the game. Its developer, Trion Worlds, has finally announced that the game is coming to consoles and revealed yesterday that Trove would be entering Open Beta today.

This open beta test is for the PlayStation 4 and Xbox One; there is no word on support for the Wii U or the upcoming Nintendo Switch just yet. Trion Worlds hasn’t commented on what the console versions of the game will contain, some users suspect that the beta test will use an older version of the game while others are hopeful that there will be platform-exclusive content for the console version.

An exact launch time for the Open Beta has not been provided by Trion Worlds; the official blog post on the Trion Worlds website suggests that the timing will be region specific to ensure that players can make the most of this beta test. The open beta test will continue until further notice and there is no current end date for this test but it’s thought that Trove will be launched on console at some point in 2017.

Players who are looking to participate in this beta test should expect to see a few bugs as they explore the block-based world of Trove; Trion Worlds has set up a place on their forums for gamers to report any bugs, glitches or issues they notice while playing the game.

A brief teaser video was released on the official Trove YouTube channel to mark the occasion and states that the game will be coming to consoles in 2016 however, it seems more likely that this is a reference to the open beta as opposed to a full console release.