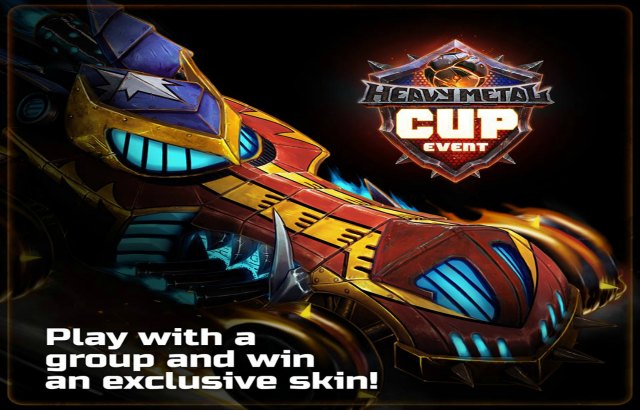 Brazilian studio Hoplon have launched their own take on the World Cup with a special in-game event for their high-octane, free-to-play motorised MOBA, Heavy Metal Machines – the Heavy Metal Cup Event.

The Heavy Metal Cup Event runs until July 17, during which time players can get their hands on exclusive in-game content. All event-exclusive items and skins earned and purchased will remain in players’ garages forever.

Players old and new should also keep their eyes on Heavy Metal Machine’s official social media channels (Facebook, Twitter), Steam page, Discord, and its in-game messaging, as Hoplon will be announcing several opportunities to earn extra XP during the event. The developer will also be setting challenges for players, successful completion of which will provide a glimpse at new characters coming soon to the extreme world of Heavy Metal Machines.