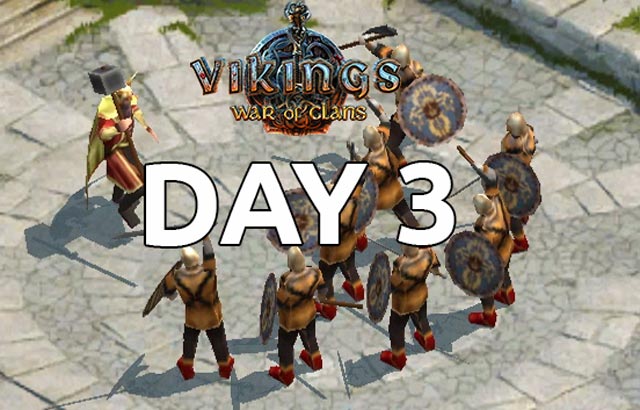 If you have not join a clan around this time, do not worry because I have not and yet I am still thriving around the area. As always, do tasks, check quests and build or upgrade your buildings including palaces.

This time, your defences should be top notch even in the early game. Around level 4 or 5 is really great on its own. Level 6 onwards will allow you to gain trophies and such. Personally, as someone who has experience and played through MMORTS games like this. Infantries are usually sub-par compared to sieges. So, I tend to max out building sieges, which is strong against any troop but they can damage buildings more. The only way to succeed in these kinds of game is to hinder your opponents buildings. By doing so you limit their resources and damage their ability to return an attack to you.

I built around 250 sieges, along side my other troops such as archer and horsemen. Slayers and mercenaries are not recommended as they eat lots of resources are bring low quality. Once you’re all set, start sieging nearby towns to gain trophies and influence. The most important part is to stop sieging areas when the resources are no longer benefitial. Send attacks only if they are worth your resources. Then, bring it back and further boost your troops and buildings.

“Put points on Building and max it out, it would be great to faster max your resources and incease of sieges, quick build options is really important.”

For skill or card builds, there are various builds but this is my personal one. Put points on Building and max it out, it would be great to faster max your resources and incease of sieges, quick build options is really important. Learning speed also maxed to gain a considerable amount of knowledge, giving you more quest and task options. Lumber and Food is not recommended, but total offense is. They not only boost your heroes, but the troops that you send out. Think of it as an aura buff. Then training speed and so forth in the offense line. Build Weaken Invaders to level 5, and then boost both energy regeneration and energy depletion. This ensures your hero get to expend their skills a lot more in times of war. Plus, execute them within a short amount of time, for greater offensive or defensive stances.

Once you’re done, you’re all set for war. If you do not have a viable opponent nearby, you can always rely on the raiding system. The nearby encampment and its resources will always reflect upon your troop strength and capacity. So do nat constantly to gain more resources. With around 40 troops, I can gain around 42.2k lumber within thirty five seconds to a minute maximum, of raiding. That is a whole lot don’t you think? Try not to overflow your resources, and send them out to different raids no matter how far. There are special raid groups for all resources types but not all available within near sight of your city.