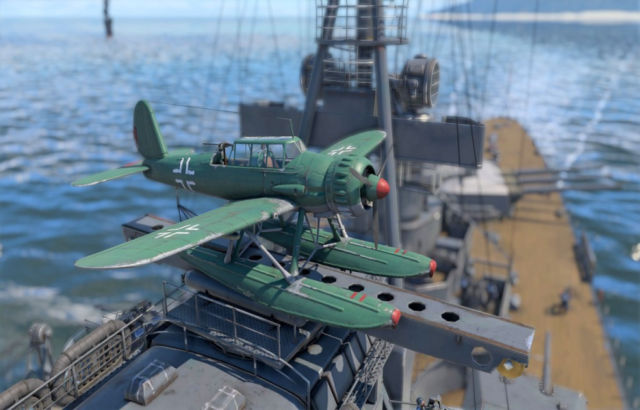 
Since the Israeli Air Force was formed after the end of World War II, the Israeli aircraft lineup begins immediately from rank IV. While researching new machines, players will follow the way that the Israeli engineers have chosen. Domestically assembled Spitfires were one the first planes in the force later joined by French Mirage III fighters that became the base for developing original Israeli Kfir (literally, “lion cub”) machines, while the US gives access to F-4 fighter jets and A-4 attackers. Aviation of Israel mainly consists of imported aircraft, but with a distinctive local feel, as they are highly modified, adapted to local conditions and equipped with new weapons. Their arsenal includes unique rockets with a shape-charge warhead, new to the game calibers of aircraft bombs, air-to-air missiles and even guided bombs!


All owners of early access packs will be able to take part in the closed testing of the Israeli aviation immediately after the “Winged Lions” update is live. After the end of closed testing, to start researching the Israeli Air Force aviation, the player will need at least one purchased aircraft of rank IV in any of the following playable nations: USA, Great Britain, France or Israel.


The update brings ship-launched reconnaissance aircraft, a feature that many large WW2 era warships were capable of. The reconnaissance aircraft will allow the players  to better examine the enemy grouping, scout a ship hidden behind rocks, fight enemy aircraft, destroy an enemy boat with cannons and machine guns, or damage an enemy cruiser or destroyer with bombs. Just like regular seaplanes, reconnaissance hydroplanes will be able to capture points – a small plane can decide the outcome of a battle for large ships. Powerful and fast German battlecruiser Scharnhorst that is equipped with such aircraft will be added to War Thunder in the “Winged Lions” update.


Ground vehicle fans will get several modern tanks like Challenger 2 TES (2008) and Leclerc SXXI (2003). The most interesting one is probably Type 10, the latest Japanese MBT that entered the JSDF service in 2012. One of the main new features of Type 10 is the automatic loader located in the rear of the tank, which increases the rate of fire. The new diesel engine doubles the reverse speed in comparison with the predecessor. The Type 10 also receives a new APFSDS round, that has the same name as the tank itself – Type 10. It complements the range of shells, already familiar with the JM12A1 HEATFS and the JM33 APFSDS rounds.