Warface on PS4 and Xbox One Launches New PvE Raid 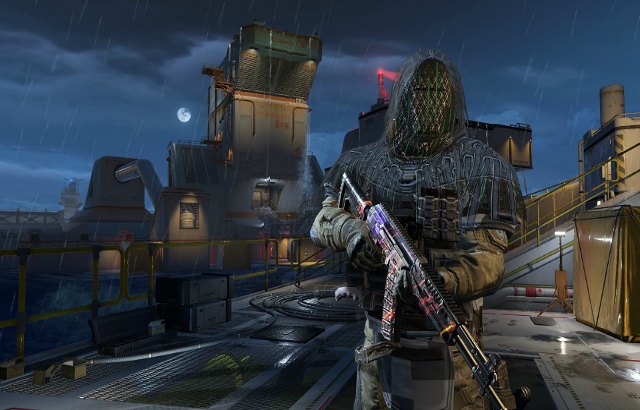 Warface Team is happy to announce the release of the latest PvE Raid, “Hydra”, available now as a free update for the Xbox One versions of the game. The PS4 version of the update will arrive later this week, and the Nintendo Switch version is scheduled to arrive this September.

After saving the colonists on Mars, the “Vega-5” squad and Agent Noda have been captured by Blackwood and are being held aboard “Hydra”, a mobile naval base. To save them, a special Warface unit – “Sigma-3” – has been deployed. The squad has reached the Blackwood base successfully but has been discovered and must defend their position.

·Unlike earlier raids, “Hydra” requires a smaller team of three players. This makes multiple playthroughs more diverse and interesting, as players have to compose new squad combinations from available characters to find the most effective way to fight back the enemy.

·Unique location. “Hydra” features a new specially developed setting with unique assets in neutral colors that increase the readability of opponents on the map.

·The new operation also brings the unique “Hydra” weapon collectionto the game. With powerful weapons available for every character class, players can find a themed look for every occasion. The “Hydra” weapons can be acquired through extraordinary successes in the new raid.

·The players must hunker down and defend a special terminal located at the center of the map, and repel 20 waves of Blackwood soldiers, cyborgs, and mini-bosses. For the final wave, the squad will face off against a powerful new boss.

·”Hydra” features an all-new reward structure, unique to this PvE Raid. The rewards for victory increase with the number of enemy waves defeated.