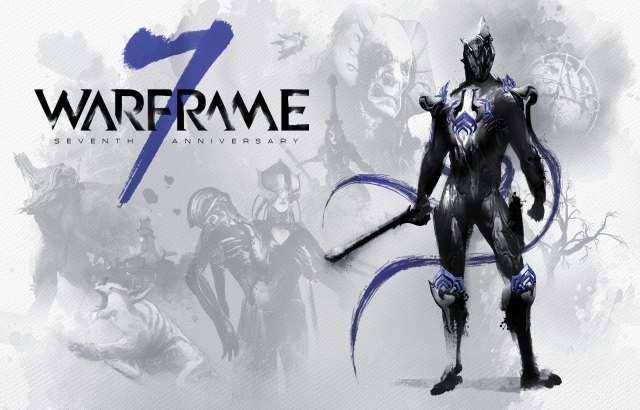 Warframe has turned 7 years old, and this week Digital Extremes celebrates its thriving community and growing success today with a call for submissions for players to create the next great Warframe. Coupled with the immediate incentive to jump back in to get free Dex Armor across all platforms (PC, PlayStation®4, Xbox One, and Nintendo™ Switch), Warframe’s seven-year anniversary honors its dedicated community with in-game gifts and commemorative, limited edition merchandise. Celebrate with us now by downloading Warframe for free, and visit our anniversary microsite to see community highlights and festivities.

Digital Extremes’ Call for Submissions to create an original Warframe delves deep into the heart of its dynamic community. Starting today, players can submit their original Warframe themes here. The top 10 best themes will be whittled down to one, as chosen by the Community Design Council, with independent Warframe artist Eorheit to generate the winning theme. A special Alt-Helmet will be designed by TennoGen artist Faven, and players also will be prompted to submit “Ability” designs. The winner of the Theme category and fan artist Eornheit will then be flown to Digital Extremes’ London, Ontario studio to attend TennoCon 2020 and see their creation brought to life!

While pondering their greatest Warframe fantasies, Tenno can do something much more immediate: Celebrate seven years of gameplay updates by logging in and exhibiting the free Dex Raksaka Armor to friends, clan members, and others. Every weekend in March, players will receive in-game alerts to dig into and earn the original Dex rewards and a new glyph by month’s end, including previous Dex weapons and weapon slots, glyphs, syandanas, skins, noggles and more! The Dex Raksaka Armor comprises the Dex Raksaka Shoulder Guards, Chest Guard, and Knee Guards.