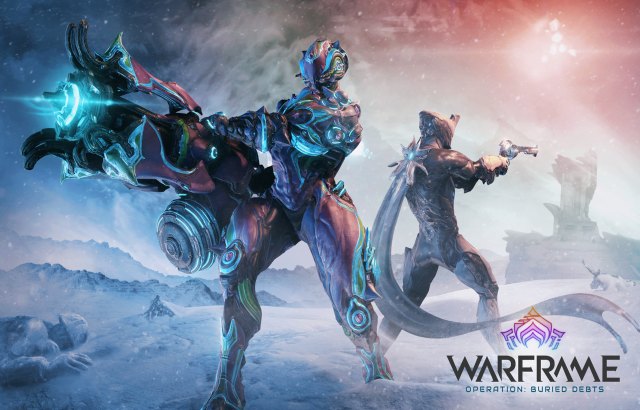 In Warframe’s newest update, Operation: Buried Debts, available today for free on PC, Canadian developer and publisher Digital Extremes will challenge Tenno new and old to band together in its first, time-limited Community Event of 2019 to unlock hidden secrets and dark lore. To thwart the bitter cold and the dread it brings, the 39th Warframe Hildryn arrives in heavy armor and shield-based powers, adding depth and power to a healthy stable of 38 playable Warframes.

Operation: Buried Debts poses a disturbing new wrinkle to the evolving story of Fortuna’s debt-internment colony. Following the original expansion and the subsequent update, The Profit-Taker, Tenno are thrust into a new storyline that re-defines the cynical deal Nef Anyo holds over the Solaris United Faction. Teaming up with your fellow Tenno won’t just be a good idea, it will be a must!

Players hungry for a new warframe play-style and dynamic new visual aesthetic should enjoy Hildryn, the newest warframe. Unlike most Warframes, Hildryn draws from her Shields to fuel her Abilities, while Energy works to recharge them. Take her to the skies and rain down destruction with a powerful set of offensive and team-based tools! See more details below.

INTRODUCING MELEE CHANGES: PHASE 1
Phase 1 of the much-anticipated Melee revamp is here! With these changes, players will experience more fluid combat and a smoother, faster, bolder system to harness as they slash through the Origin System. Beyond instant weapon-melee switching, when interrupting a melee combo with gunfire, dodging, bullet jumping, or any parkour, players’ next melee attack will resume the combo where it left off (within a window). Find more details in our Dev Workshop.

Following last year’s open-world debut with Plains of Eidolon, Fortuna is a sweeping open-world landscape on the visionary terraformed planet of Venus, giving both new players and veterans a chance to quickly access entirely new gameplay content, all for free. Explore the huge new terrain on foot, hop on the radical Bondi K-Drive Hoverboard, or soar through the air via Archwing and lose yourself exploring, hunting, mining, fishing, and facing off against the nefarious Nef Anyo. Buried Debts is the second major update to Fortuna, following The Profit-Taker, currently available on PC, PlayStation®4, Xbox One, and Nintendo Switch™.