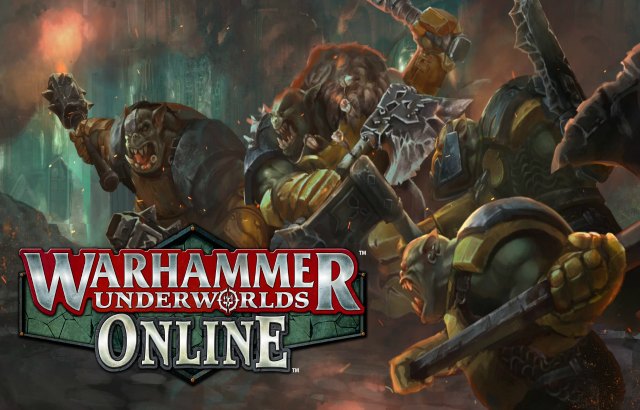 The popular tabletop strategy game series Warhammer Underworlds explodes into the digital online arena. Steel Sky Productions and Games Workshop today announced that Warhammer Underworlds: Online has fully released out of Early Access for PC and is now available to purchase from Steam.

Warhammer Underworlds: Online is a high-stakes, turn-based strategy combat game that pits mighty warbands from the Age of Sigmar universe against one another in an eternal player versus player battle for Glory. Players choose a Warband suiting their chosen playstyle and build a card deck. Their goal is then to win by scoring the most Glory Points, using dice-and-card mechanics that offer boundless strategic depth.

“The development team have been knocking it out of the park with this release,” said Creative Director, Neil Rennison. “After a number of months in Early Access with valuable player feedback, we now have an amazing multiplier game, with not just four warbands as we originally promised, but with six warbands as part of the base game, including fan-favourites, Skaven!”

On top of the six warbands with their respective card decks, Warhammer Underworlds: Online also includes over forty new universal cards that have been introduced during the course of Early Access, which sit alongside the ones that were originally released. It is the aim of the developers to continue releasing new universal card packs for free across the lifetime of the game, which allows players to update and diversify their decks, ready for competitive ranked play against random online players or Steam friends.

Neil Rennison follows up: “We want players to try out all the warbands, so we’ve added a Warband-specific progression system that allows players to unlock awesome new fighter skins, titles and deck portraits. The more players increase their ranking, the more they can unlock.”

Warhammer Underworlds, Games Workshop’s ‘Ultimate Competitive Miniatures Game’ has been growing in popularity since its launch in October 2017. The tabletop franchise has released three major instalment boxed sets (Shadespire, Nightvault and Beastgrave) along with more than twenty Warband expansion packs so far, and with a thriving community and tournament scene, the game is growing to strength to strength. The game’s deckbuilding elements enable a high level of strategy, while its short game time makes it a great option for fans of both miniatures wargaming and board games.

Warhammer Underworlds: Online is a premium PC title, costing $29.99 USD and is available to play in English, Russian, French, Italian, German and Spanish. New content will be distributed in two ways: