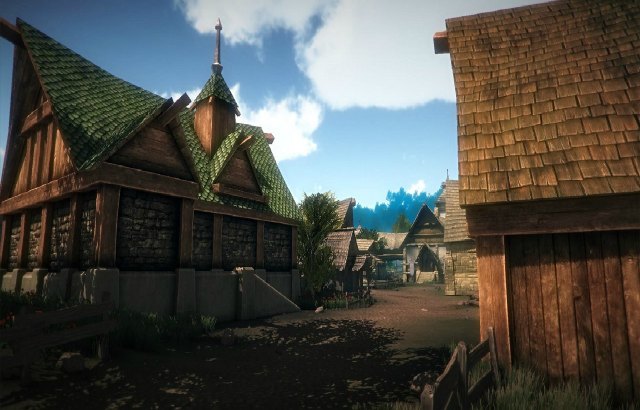 There’s only a week or so left in 2017, and it’s time to reflect about all that’s happened in the MMO world. We’ve had some great gaming highlights, and controversies. We’ve seen incredible meteoric rise of new games, and closures of others. Let’s take a quick glance at what 2017 has shown us.

This year, crowdfunding has shown us that platforms like Kickstarter are becoming an integral part in video game development. Especially for MMOs, crowdfunding is offering studios a lifeline to create the game they want. We’re seeing less and less big name studios pumping out cash to create the next AAA MMO. I firmly believe that we will probably never see another one. Making MMOs are a big time and money investment, and even if they are backed by an IP, things can go wrong.

Therefore, the new roster of early access funded MMOs are the definite future. Games like Crowfall, Pantheon and others are lighting the way for more to succeed. The biggest success story in 2017 has to be Ashes of Creation. Their Kickstarter raised over $3 million and showed the world that MMORPGs are still in demand.

World of Warcraft Is Still The King In 2017

Long live the king! Competitors have come and gone. Imitations and clones have tried to steal a slice of the pie, and have failed. World of Warcraft still reigns supreme in the MMORPG world. The start of the year was relatively quiet, but towards the middle there were whispers. Rumors were floating around that there’s talk of a new expansion. Lo and behold, this year’s Blizzcon proved to be one of the biggest in recent history.

World of Warcraft announced the Battle for Azeroth expansion in 2018. In addition to that, they’re also bringing WoW Classic – a nostalgia limited progression server that players have been craving for. If that isn’t enough good news for you, level scaling was also revealed. In the upcoming Patch 7.3.5 players can now quest comfortably in zones as scaling will not over-level them. It’s been a great year of announcements for WoW, which will undoubtedly bring players back for the year ahead.

Lootboxes Are Here To Stay

Just when you think EA was going to get away with murder, they got caught. Big time. Star Wars: Battlefront II made the news this year in a big way. Their microtransaction – lootbox controversy made the front page news of just about every gaming news site. Beyond that, even the mainstream media picked it up, zooming in on the topic of gambling and exploitation of children. And for the first time in a long time, lootboxes are in the spot light. Has it changed anything? Yes and No.

EA publicly admitted defeat and removed them from the game. “Saving face” we call it – Disney their overlords don’t want that stain all over them, especially since it’s Star Wars. Where it hasn’t changed a damned thing is in the hundreds of other MMORPGs that have been rolling out lootboxes for years. These games continue to operate this RNG gambling schemes on players without the scrutiny, which one hopes will change in the future.

Playerunknown’s Battlegrounds wins 2017. Bluehole’s battle royale game has taken the world by storm this year. It’s now the highest grossing Steam game, with the highest amount of concurrent players. How did this happen? It’s a question that plenty of other studios will want to know, as they craft their own version to try and ride that lightning while it’s hot. While it may have not won any major video game awards, deep down they don’t care. You know they don’t care.

It’s a sad thing to see, but the reality is officially licensed IP MMOs are dropping dead one by one. This year’s victim is Gazzillion Entertainment’s Marvel Heroes. A series of calamities beginning with the decision to screw their PC playerbase over in favor of a quick console cash out was just one mistake of many. Mismanagement at the highest level, including a scandal involving the CEO led to a series of high profile firings – including the entire staff. Disney quickly moved in to drain the swamp and pull the plug. Officially meant to shut down at the end of December 2017, the game instead went out on a whimper in November 27th.

That leaves Star Wars: The Old Republic, The Lord of the Rings Online, DC Universe Online and DDO as the last remaining major official IP MMORPGs left. Who will be the next to go?