Why Black Desert Mobile Is The Best Mobile MMORPG in 2020

Why Black Desert Mobile Is The Best Mobile MMORPG in 2020 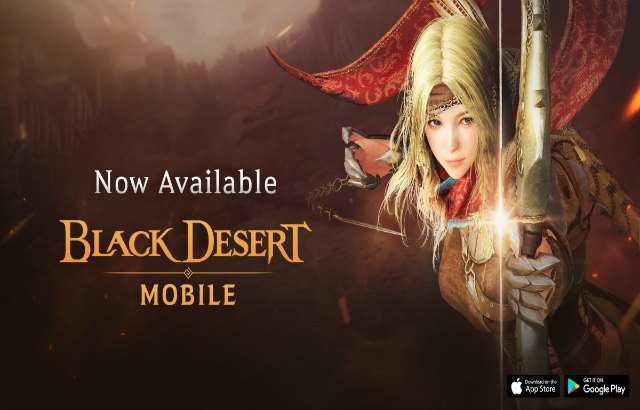 Black Desert Mobile has been taking the world by storm since launch, bringing its flashy action combat system, visuals and semi-sandbox world to smartphones around the world and to-date has accumulated over 25 million downloads. For Black Desert PC and console players or even new players who have never played Black Desert Online or a mobile MMO before wondering if this is the best mobile MMORPG, let’s take a quick look at some of the key differences on this version, and whether or not it’s worth playing on your smartphone.

How Is It Different?

If you’re coming from the PC or console, you’re probably expecting the same semi-sandbox world filled with things to do, monsters to grind, and RNG gods to appease when it comes to getting better gear. The good or bad news is – depending on how you currently perceive BDO, is that the formula hasn’t changed. The biggest difference here is that obviously, the game is built to run on smartphones, which means compromises needed to be made. For example, the open world factor is lost on mobile, and traveling between maps will put you in loading screens which as you know, doesn’t happen very often in other versions. Other gameplay basics that we’ll touch on deeper later on, like the UI, combat system, graphics and more have been dialed back to run optimally on the mobile platform. But, there are some interesting additions too.

My favorite change on mobile is the new player experience. After selecting between the Warrior, Valkryie, Witch, Ranger or Giant classes to be your main, new players will embark on very structured, linear and easy to follow tutorial sequence which doubles up as the main story that does a much better job at explaining the gameplay and lore than the PC version did at its debut. For players who have played Black Desert Online before, this will feel restrictive and repetitive somewhat as Black Desert Mobile recycles plenty of things from the other versions that you’ll recognize early on with some variations. However, as the main story campaign now blends in seamlessly with the tutorial and your progression with the Black Spirit NPC, it’s a much straightforward experience and you’ll have no choice but to stick to it and continue on that path to unlock all the important gameplay features as you level up your character. 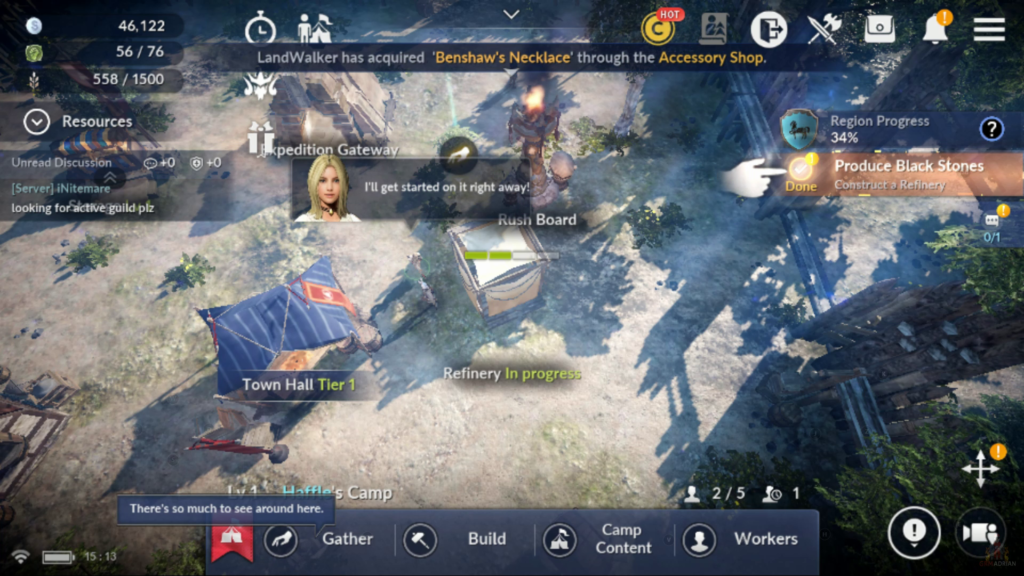 Speaking of, one very important gameplay feature you’ll unlock early on and use all the time is the Camp system. Once unlocked via the main story, your Camp will be your hub for crafting, storage, accessing solo or group content, life skills and even for decorating as your own personal space. You get to place new buildings that you unlocked through main story boss kills, and will need to upgrade your town hall level as you go along. Your character can walk among the NPCs here, and even do life skill gathering, as there’s ample wood, stone and fish resources nearby. It’s here too that you’ll be able to recruit workers with the contribution point system, and can send them out gathering resources if you don’t want to manually. They can also craft black stones at the refinery, and will be responsible for constructing or upgrading your buildings. They have ranks, happiness meters, and promotions to consider, so it camps really are a mini simulation building game of sorts, that compiles all the crafting stuff you’re used to in other version from Towns into one micro-hub that’s easy accessible anywhere in the world through the UI.

On to the combat system now and this is one of Black Desert’s biggest selling points when it launched on the PC years ago. That free flowing action combat driven by player combos is still alive and kicking in Black Desert Mobile, and will feel fantastic for first timers and newcomers, but as someone who played the PC version, I find it restrictive in comparison to what I’m used to. Combat here is a lot more compact and not as expressive as the PC version, as the freedom the other versions gave you with the amount of skill combos, skill hot bar slots and customization was what made it stand out. The mobile version gives you 4 active skills slots on a page, and you’ll have two pages that are active at any given time. You’ll be able to unlock more down the line and there’s a good amount of class skill progression and new skills to pick up as you level. 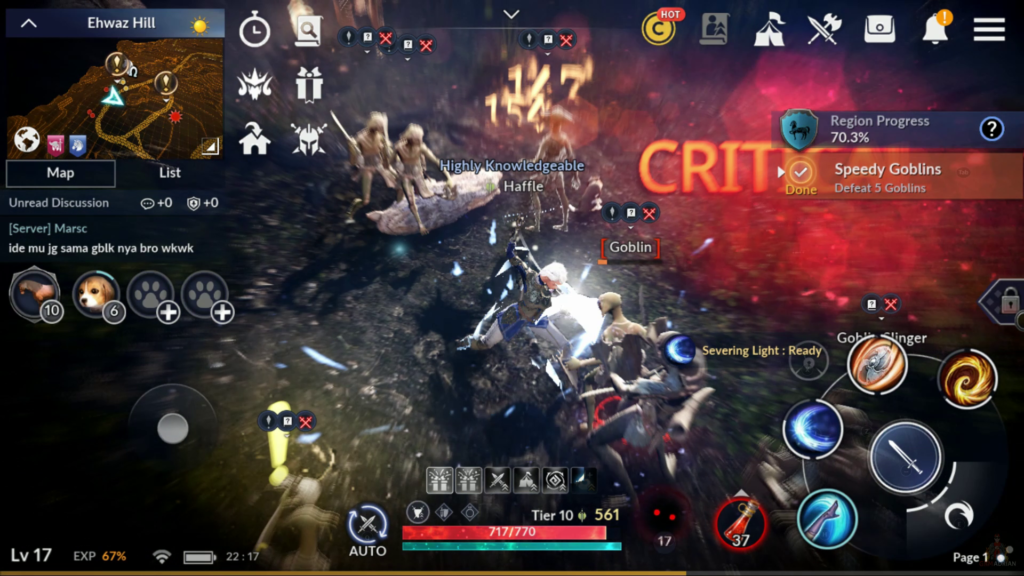 Swapping pages felt clunky during the heat of battle and the lack of hotkey customization means pulling off certain combos will take a while to get used to, with swiping skill pages being the main culprit. If you’re playing on a smartphone emulator, things are definitely better since you can mouse and keyboard combat plus hot-key skills too, making combo executions a breeze. Of course, you can automate combat in the open-world and missions with auto-combat which I don’t recommend if you want to experience how satisfying combat is. I will say that it’s still fun and looks great playing manually, and I’d reckon it leaves a good first impression to new players which is always important for MMOs in which combat makes up 90% of what a player proactively does, and for a mobile MMO, it’s hard to beat.

Plenty of Things To Do

PvE and PvP both exist in Black Desert Mobile, and the PvE here is once again, a refreshing take compared to what’s available on PC and Console. For starters, those main story missions you’ve been following usually ends up in an instanced micro dungeon called Missions, which are story-driven with voice acting and involves taking out waves of mobs before the eventual boss fight. Here’s a sample.  All the key bosses from the franchise play an important role here, as once you’ve beaten them in the story missions, they can be tackled again in a solo or group mode called Boss Rush, which offers good xp and Loot plus it gradually increases in challenge and difficulty, provided you have enough boss rush passes to spend on entry, gained from completing black spirit daily missions. 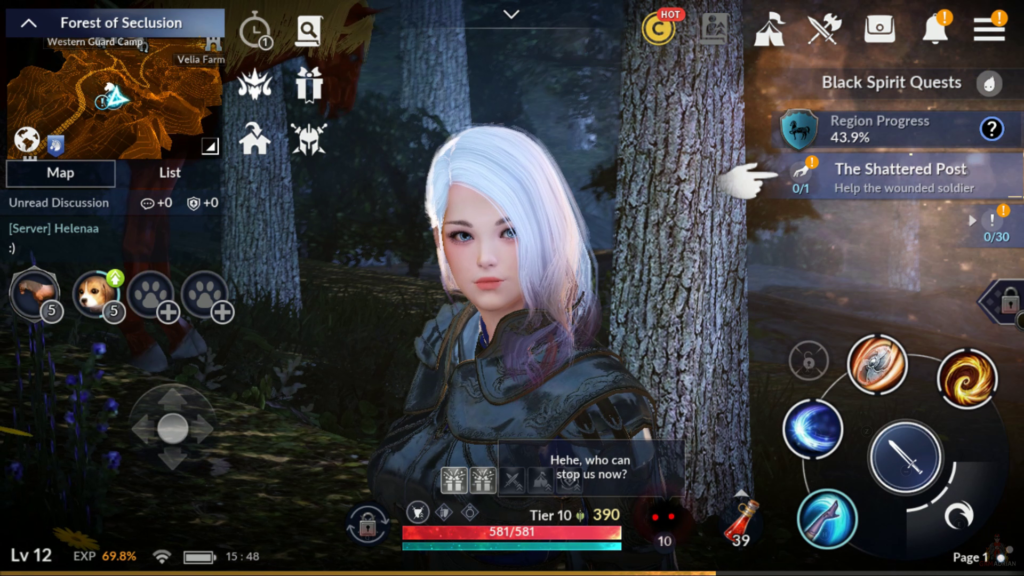 Further down you’ll unlock group dungeon boss fights too called Ancient Ruins, where you and 4 other players take on a boss with mechanics for rewards, and this one requires tablets for entry, also gained from the black spirit dailies. Outside of the linear story driven campaign quests and missions, side quests exists in most maps and towns but they’re bland talk quests for the most part, and handy if you want to level up your contribution XP. For PvP, Arena unlocks at level 18 and I don’t have anything positive to say about the matchmaking here, and higher up there’s the usual node wars and outlaw system for those who want organize guild wars and gank-squad gameplay respectively for ego, ranks and leaderboards. In short, the same offerings packaged differently, with the PvE being the biggest change, and in some cases especially with the dungeon vibes, for the better.

Black Desert on all versions have loads of progression systems and ways to grow your character, and most of them make appearances here on Black Desert Mobile in some capacity. Your character gains levels as usual and will gradually increase all the basic foundations like AP and DP through your gear, and your life skills through harvesting. The pet system hasn’t changed at all so nothing to touch on there.

But to sum it up, you’ll need to get started on growing your Camp, getting better gear and ranking them up using the Enhancement system, and of course, keep feeding your Black Spirit companion unneeded gear to level up its power too. Side progressions include completing achievements and tasks for some premium rewards, but there are some tangible ones too. For example, earning Knowledge by discovering locations, monsters and people will offer increased boosts to both your character’s stats or your camp, including your workers. This gives players a good reason to explore the world on mobile and not just rely on auto-play all the time.

Cash Shop Is The Same

Like the other platforms, you’ll find many of the same categories, items and in-game bonuses on the Pearl Shop that you can buy using the premium currency called Pearls. You’ll earn some black pearls in-game through completing achievements and tasks occasionally, which can then be exchanged for black pearl items or the cash shop white pearl version to buy goods.

As for the contents of the store, if you hated how influential these items were before, you’ll still hate it now. Black Desert Mobile offers the same if not more benefits and buffs quantity wise, in a way that’s expected for a mobile game, and you can point to some of the new gameplay systems it uses that encourages it, especially the Camp system. You’ll find Camp boosting packages to speed things up and stock your resources, all the usual combat and enhancement scrolls, you can buy a ton of in-game silver to rule the marketplace, and of course, outfits with AP and DP on em, it’s typical Black Desert and something you’ll have to live with it if you want to get into this Franchise, because Pearl Abyss doesn’t budge with this stuff.