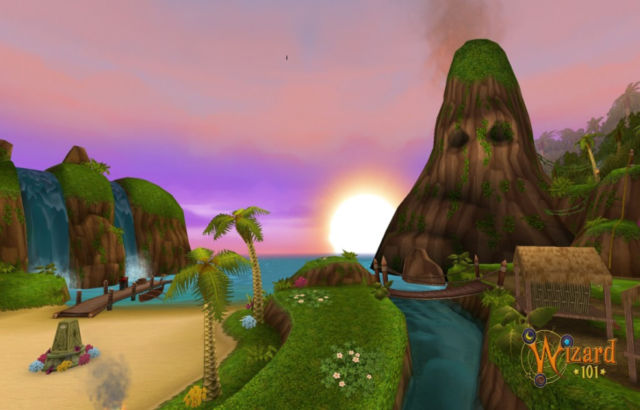 KingsIsle Entertainment and gamigo have launched the next highly-anticipated new world to one of the most magical MMORPGs ever, Wizard101. Adding to the game’s impressive stable of worlds, Wizards can journey to the lost world of Lemuria, that is – if such a place even exists. Their adventure will be filled with a new storyline, world scenes, characters, creatures, and bosses in addition to new spells, items, and gear. Wizards will also be able to level up to 150 from the current 140.

In Wizard101’s Lemuria update, a mysterious entity has appeared to the Wizard under the guise of the Old One. Confused and lost, it knows only one thing for certain: it must find the world of Lemuria. The only problem is there is no such world. It’s up to the player to launch an investigation into the lost fragments of history and uncover a silent crime so monumental it shook the Spiral. In the process, players will discover a world filled with enigmatic Lemurs, nostalgic heroes, and enough puns to make your dad say “Ight imma head out”.

“I feel like I say this each time we launch a major update to Wizard101, but I believe Lemuria is our best yet,” says KingsIsle Entertainment Game Director Leah Ruben. “It has everything we know our players enjoy the most – including a cast of unique characters brought to life by a combination of amazing voice acting and laugh-out-loud funny dialogue. Best of all, it’s an update all players – not just those at the endgame – can enjoy, because we’ve added much more to the update than the new storyline!”

The Lemuria update also includes a host of new features and enhancements to Wizard101:

Additional details can be found in the Lemuria Update Notes.