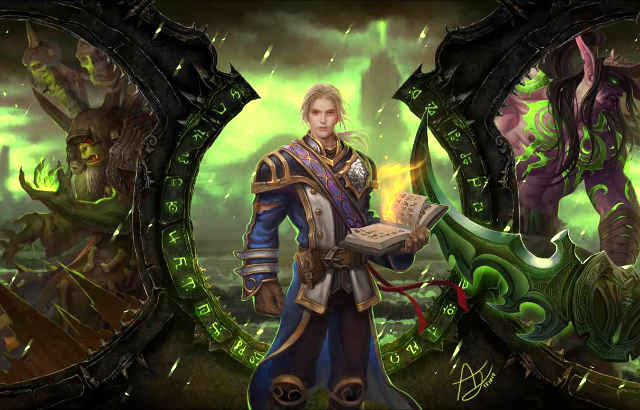 This is no shock, with the release of the new WoW movie in 2016 it was certain that the World of Warcraft revenue will climb. However, who knew that Blizzard entertainment will cash a pot so big? Leading behind are two games with a different subscription model: League of Legends and Crossfire. I have some thoughts that i would like to share with you on this agenda. But first, let me present some facts.

On the one hand, World of Warcraft is one of the oldest games (1994) and also the best grossing game in the market. On the other hand, WoW is thriving while Asheonr’s call closed his servers this month. The game might have witnessed three generations of gamers because of it’s lengthy time span, this is amazing. However, the user needs a subscription to play WoW. Any given user must pay 15$ each month in order to enjoy WoW. Just to put this in perspective, Blizzard are making 180 Million dollars every month out of subscriptions. Pure math indicates that the subscription funds consist only 27% of the total revenue. While you can’t argue with 8 billion dollars, you have to think if Blizzard are trying to monetize their users to the max based upon actually making the game better or for other reasons.

The gameplay in Crossfire is addiciting. It’s very fast and bullets are flying everywhere. I admit that i have enjoyed crossfire until a certain stage where i couldn’t progress with my current weapons  and had to buy an expensive one. Crossfire is a free2play game with a pay2win system. It doesn’t support the playerbase of LoL but it makes a similar amount of revenue. I think that the numbers don’t lie and that financial decisions are implemented into the gameplay.

League of Legends, the fantastic Moba from Riot, is an example that art pays big. LoL is free and the cash system can bring you only to certain extent. New players must adapt to the gameplay and money won’t present them with shortcuts. Riot are relying on micro transactions to finance their activity and these transactions are very limited. LoL is a true e-sport and you only need an internet connection to master it.

In Fact, LoL have steadily increased in recent years while WoW has seen ups and downs in it’s active user count. LoL aren’t trying to monetize their players to the max. They give for free an amazing product and have 3 times more active players on their servers. Appealing to the masses, the developer has enjoyed a lot of success financially while focusing only on the gameplay. Crossfire is a sad example of a game that seduces the user and than strangles him, it’s not fun.

In a free world, each company can decide what is the business model around their game. However, users must understand that their IP counts. If they feel that a game charges too much, they must overcome themselves and move on. There are lots of games out there and they are supposed to be fun.

What do you think? Which type of games do you prefer? Please share your thoughts with us