World of Warcraft's Shadowlands Expansion Will Launch On November 23rd 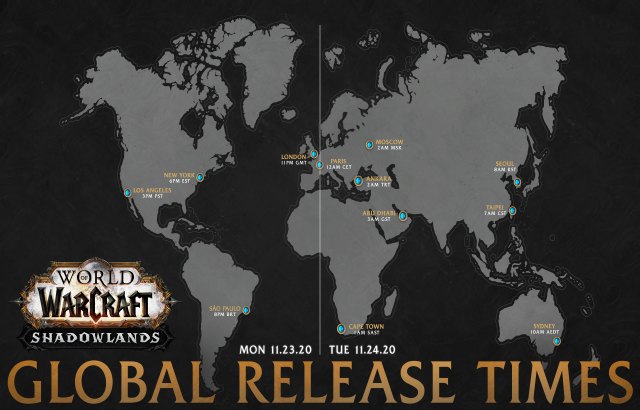 Blizzard has announced that World of Warcraft’s Shadowlands expansion will launch officially next month on the 23rd of November. Shadowlands which was originally supposed to launch this October, was delayed due to several reasons – the main concern revolving around beta feedback and improvements required at major expansion features like Covenants, leveling experience and the raid.

Safe to say, these concerns that caused the delay has been addressed in the month that went by, and according to the post, the developers are happy with the current state of Shadowlands. Improvements have indeed been applied to Covenenants, the Maw and rewards for both, and let’s hope for a smooth launch.

Besides that, the studio also confirmed that there will be the pre-expansion event, the second coming of the Scourge, which goes live on the 10th of November. As for the first Shadowlands raid, you can start preparing for it soon because Castle Nathria launches on December 8th. Check out global launch times here.