World of Warships Ushers in French Destroyers To Early Access

World of Warships Ushers in French Destroyers To Early Access 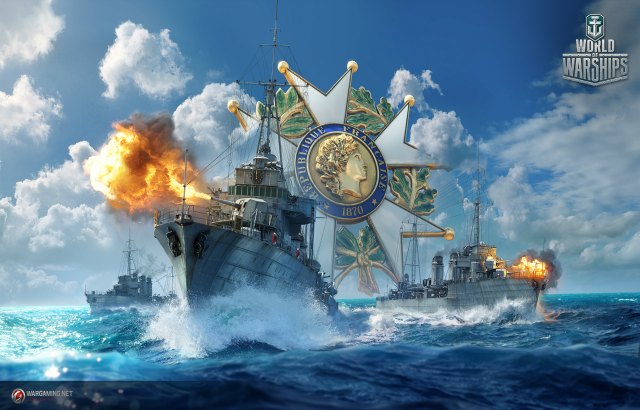 Developer and publisher Wargaming has launched the new major update 0.8.6. for its popular naval combat game World of Warships. The update gives players the opportunity to unlock the upcoming French Destroyers early through new directives and missions. The first update of the French arc also comes with a brand new map and new seasons of Clan and Ranked Battles.

The update 0.8.6. celebrates the French Navy, adding dozens of missions with great rewards at stake for players who complete them, including the opportunity to unlock the Tier V Premium Frech Destroyer Siroco and earn exclusive containers. Alongside signals and original camouflages, these containers will have a chance to unlock a special mission which, upon completion, will award players with one of the brand new French Destroyers, available in Early Access with this month’s update: the Jaguar (Tier V), the Guépard (Tier VI), the Vauquelin (Tier VII), and Le Fantasque (Tier VIII).

This month’s update also brings a new look for the Port of Marseille, which has been redecorated for the occasion and now features a myriad of hot-air balloons bearing the French colours. Many ships will be marked with the Symbol of France, offering players either Coal or Republic Tokens, a new temporary resource, for their first victory aboard these ships. These tokens can be exchanged for four consecutive bundles featuring a wealth of in-game
items. Once players have obtained all these bundles, 30 new ones will be made available in exchange for doubloons, with one of them immediately unlocking the Tier IX French Destroyer, the Mogador.

The embodiment of naval ambush predators, French Destroyers compensate their lack of Smoke Generator by a specific distribution of HP making them surprisingly resilient, their  manoeuvrability and a higher speed than their counterparts, further enhanced through an upgraded Engine Boost consumable. Agility is not the only strength of these ships, as they enjoy at high Tiers comfortable ballistics, devastating Armor Piercing shells and have access to the Main Battery Reload Booster consumable, significantly increasing their damage output for a short time. In the right conditions, the French Destroyers’ firepower and survivability allow them to inflict considerable damage to even larger ships such as cruisers, making them able to surprise and take out threats that would otherwise prove fatal.

The update 0.8.6. also introduces the brand new Crash Zone Alpha map to the game. Inspired by the white cliffs of Dover, this map is available for Tier VIII to Tier X battles in Domination mode in two versions, with three and four key areas respectively. The map will be particularly interesting to Clan Battles fans, as the home key areas of the teams will be located close to each other, inciting prospective commanders to reconsider their usual strategies.

Finally, the update comes with loads of improvements and modifications, including new seasons of Ranked and Clan Battles, a new sunny weather for the Greece map, and balance changes.

The team has also announced the long-awaited Italian Navy and its Cruiser line, as well as the upcoming launch of the new European nation in closed testing. This nation will have three ships available at first: the Viribus Unitis (Austria-Hungary, Tier V), the Błyskawica (Poland, Tier VII) and the Friesland (Netherlands, Tier IX).