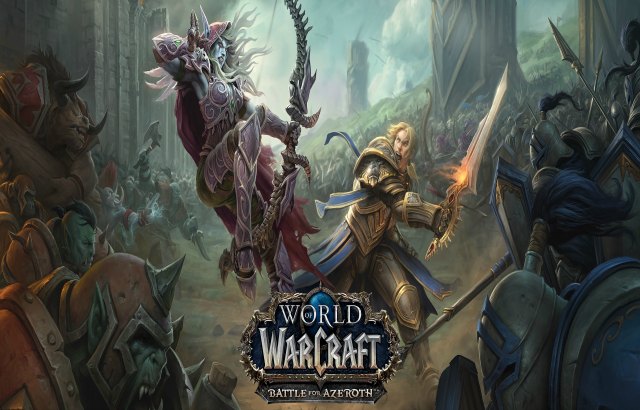 World of Warcraft players, you can now pre-purchase the Battle for Azeroth expansion. Blizzard today announced and unveiled the BFA pre-purchase option on the Battle.net client. There are two options available, a normal edition and a digital deluxe edition.

The normal pre-purchase costs $49.99 while the digital deluxe will cost $69.99. Below are the digital items that comes with the Battle for Azeroth deluxe edition:

World of Warcraft: Charge into battle astride the Seabraid Stallion (Alliance) and Gilded Ravasaur (Horde) mounts, and explore new frontiers with Tottle, the baby Tortollan pet, at your side.

Hearthstone: After a rough day on the front, rest up at the tavern and play a few hands of Hearthstone with your hot new Azeroth Is Burning card back.

StarCraft 2: Make your mark on distant worlds with Horde- and Alliance-themed sprays.

Heroes of the Storm: Roar onto the Battlegrounds of the Nexus riding your Primal Flamesaber, a fiery new mount with three variants.

Overwatch: Champion your faction on the battlefields of tomorrow with Horde and Alliance voice lines for Torbjörn and emotes for Tracer; sprays featuring Anduin, Sylvanas, Jaina, and Varok Saurfang; and player icons representing Kul Tiras and Zandalar.

As for the expansion release date itself, Blizzard says to expect in on or before September 21st 2018.