You Can Now Pre-register For RTS Mobile Game War Clash

You Can Now Pre-register For RTS Mobile Game War Clash 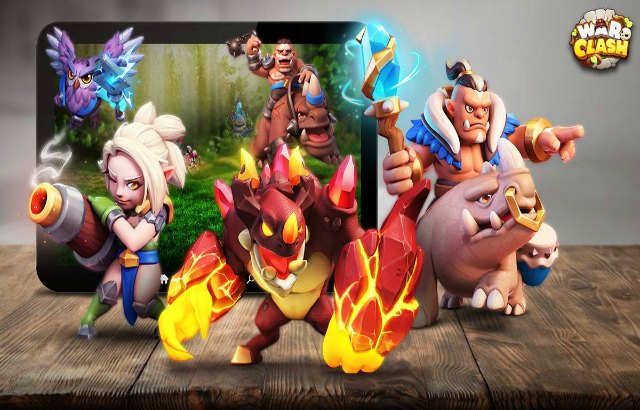 After much polishing and fine-tuning, the real-time strategy mobile game War Clash from publisher MeoGames is finally open for global pre-registration on iOS! Combining traditional RTS gameplay elements with the thrill of intense competition, War Clash is undergoing final optimization before launch. Visit https://warclash.onelink.me/iC2U/PR to pre-register and be among the first in the world to participate in the beta test!

As a real-time strategy mobile game, War Clash not only features core RTS game elements such as base building, hero training, and monster combat, but it also includes mobile e-sports micro-control elements, such as Return (to base), flares, rally, and more. These elements embrace the core gameplay of RTS while also evolving the game for the mobile platform and making it’s easier for players to get started.
Hero training is one of the core elements of War Clash and familiar to RTS fans. The game features three major races: Beastbord, Sylvan, and Undead. The heros of each race have their own unique combat positioning, and the strategic mix between heroes is dynamic. Players must consider carefully how to maximize the team’s configuration in the early stages of war.

War Clash also innovatively provides a 3V3 competitive mode that matches competitors in groups, challenging all three players on the team to cooperate and complement each other based on the fight. The heroes in the game have different attributes such as tanking, long-range attack, melee attack, and support. Players need to properly assign the heroes among members according to the team’s combat features to achieve victory.

Additionally, the War Clash servers sync globally, so players can compete with other RTS opponents the world over.